By writing a book. Of fiction (wink, wink).

Clif is many things — art director, cartoonist, caricaturist, inventor, lecturer and proud mustachioed bald man — but he’s the first to admit that author is not one of them.

Still, when he lost his job as an art director for MTA-NYC Transit on Sept. 17, 2010 during a “workforce reduction,” he decided to pen Murder at Transit, a who-might-do-it murder-mystery that’s a cross between The Taking of Pelham 1, 2, 3 and High Noon. 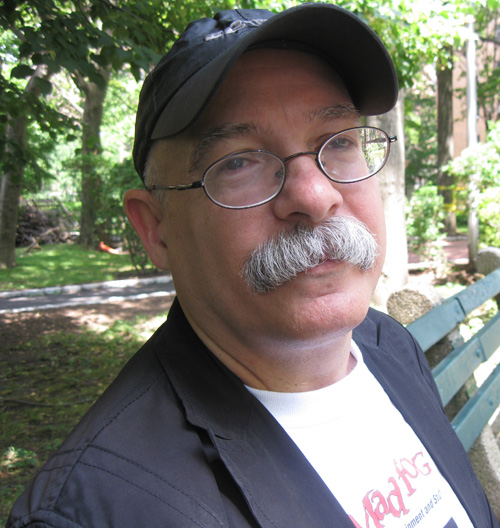 Photo by Nancy A. Ruhling
Clif, the newly minted author.

The plot, set you know where, revolves around a killer called The Lone Rider who vows to rub out one transit worker every year on, you guessed it, Sept. 17.

“I had the greatest job in the world, and the people were wonderful,” Clif says. “Everybody assumes that my book is about MTA-NYC Transit, but it’s simply an entertaining story that creates some controversy.”

If some people read between the lines and think that Clif has crossed the line between fact and fiction, well, there’s nothing Clif can do about that, because as he just took great pains to explain, HE MADE IT ALL UP!!! (wink, wink). 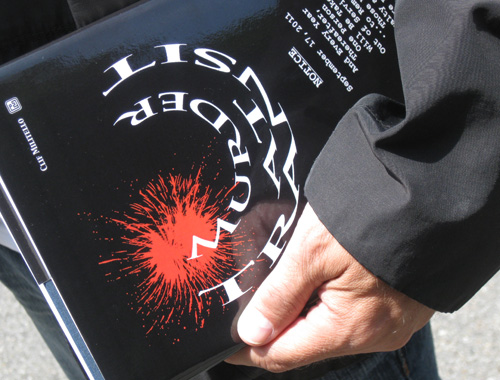 Photo by Nancy A. Ruhling
The facts: Murder at Transit is fiction.

“OK, I do have hopes that someone will pick it up and read it as real and does something about the job inequities that are mentioned in this fictional story that is about this imaginary transit company,” he says.

Clif’s trip to transit wasn’t an express ride by any means. In fact, it started in a wheelchair at age six when he was growing up in Astoria.

“Technically, I’m handicapped,” he says. “As a child, I walked with a noticeable limp, and it turned out I had Legg-Perthes disease, the result of a fall. I was told that I would be dragging my leg around the rest of my life.” 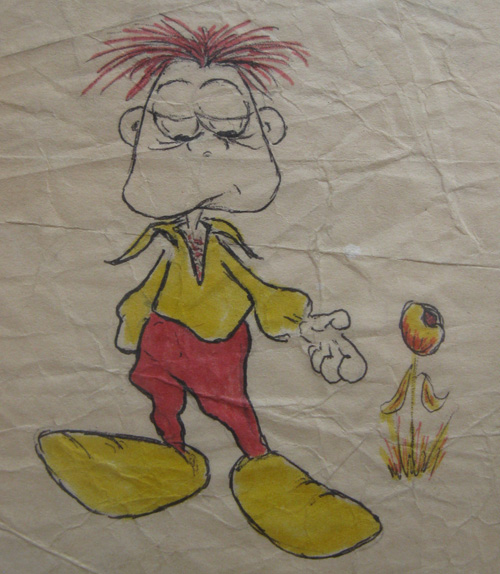 It was determined that Clif didn’t need surgery; he was put in a brace instead. “It went from the top of my hip to beyond my foot,” he says. “I actually walked on a pad that was several inches below my foot, so I had to wear a Frankenstein-thick shoe on my other foot.”

A year and a half later, when he was on the mend and had learned to walk and ride a bike all over again, he was diagnosed with spondylolisthesis.

“This time, I had to wear a brace on my back with four vertical iron bars on the back and a corset in front,” he says. “I still have both conditions; basically, I’ve been in pain ever since I was six.” 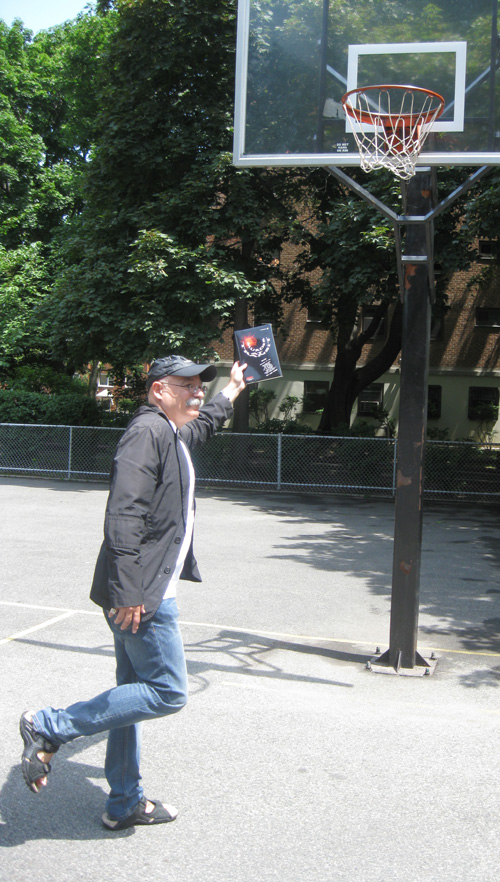 Photo by Nancy A. Ruhling
Clif hopes his book’s a winner.

All of this, Clif admits, made him a mean, rotten kid. “It was like a life sentence,” he says. “We lived in a fourth-floor walkup, and all I could do was look out the window and watch the other kids playing outside.”

He took up drawing because he wanted to do it better than his big brother and because he was bored. “I got my big break in a high school chemistry class,” he says. “I came up with a character of my own. Up to that time, I always created something that was someone else’s. That changed everything; it opened up the floodgates of my brain and my imagination.” 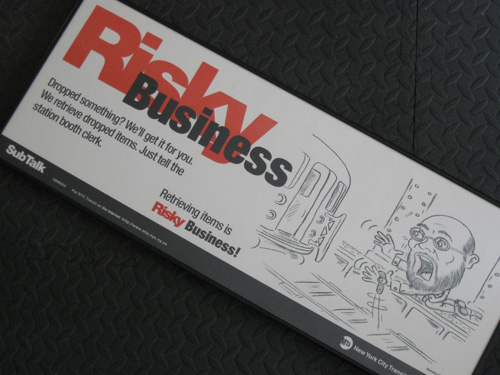 Photo by Nancy A. Ruhling
An MTA poster Clif did that includes an image of himself.

His imagination propelled him to college, but he dropped out after earning only 20 credits. “I decided I needed to find out about life and proceeded to get a host of jobs that I never managed to keep very long,” he says.

You see, he had this idea that he’d retire for his first 30 years, work for the next 30 then retire again for the last 30. So it was that he worked in a hotel and a bakery and with a haberdasher. 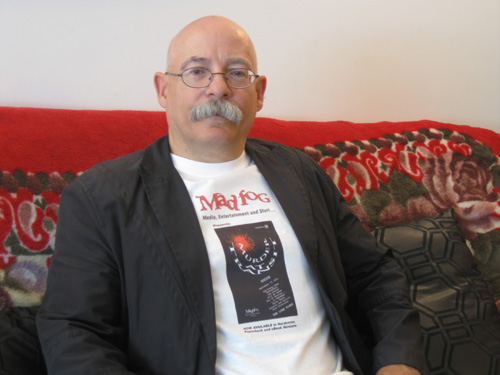 Photo by Nancy A. Ruhling
Clif is making Madfog.net his new career.

“I always managed to get summers off so I could teach myself different aspects of art,” he says. “One year, I did a comic book.”

Around the time he hit 30, he got a job with transit that eventually led to his position as an art director. During his tenure, he worked on a variety of projects, including the Poetry in Motion series. He also had a hand in designing a MetroCard prototype, and some of his work is on exhibit at the New York Transit Museum.

Murder at Transit is only the beginning of this, the third act of Clif’s well-mapped life. With his new company, Madfog.net, he’ll be developing “media, entertainment and stuff.” 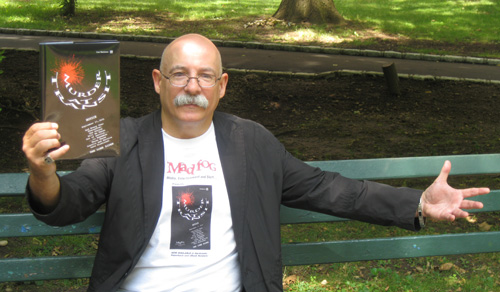 Photo by Nancy A. Ruhling
Clif likes to clown around, but he’s serious about his book.

Already, he has two sequels to Murder at Transit in the works. He also mentions a romantic comedy, a drama and a screenplay, plus a variety of comic books, graphic novels and board games, that will carry him through many Sept. 17s to come.

“I have a number of ideas of mine and others that I want to publish,” the 56-year-old Clif says. “This is just another creative phase of my life. And I could do it for the rest of my life.”

Unless, of course, The Lone Rider gets him first.