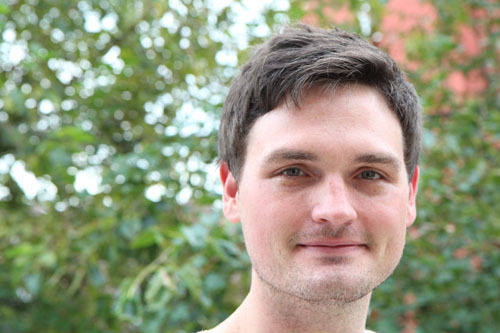 Photo by Nancy A. Ruhling
Clay Nelms was Broadway bound.

Spoiler: Clay didn’t make it big — or small — on Broadway. Don’t let that get you down; he doesn’t. What he ended up doing is far more interesting and surprising, even to himself.

Clay, a towering tenor who talks Southern sleepy slow and low, is eating breakfast in his two-bedroom apartment. 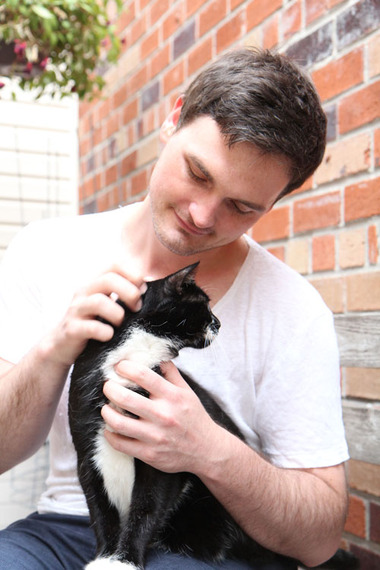 Photo by Nancy A. Ruhling
Daphne was a stray.

He’s gulped down the strong coffee and cinnamon buns, and he’s leisurely popping red grapes into his mouth.

Daphne, the Oreo stray that decided to let him live with her, is padding around the kitchen in her cat paws.

There never was any doubt that Clay would abandon the place of his birth at his earliest convenience. Offhand, Clay doesn’t know the population of Castalia, North Carolina, but he’s pretty sure there are more cattle than people. 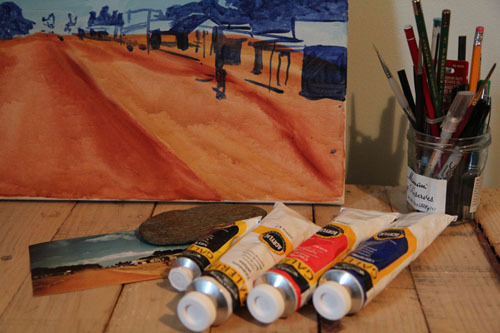 “It’s a highway between two towns,” he says. “We lived by a cow pasture, and other than visiting my grandparents, who were farmers who lived across the cow pasture, there was nothing to do.”

Starting in his 15th year, Clay worked on his uncle’s farm every summer planting and picking collards and corn and strawberries. When he got his license, he drove the 20-minute trip himself. It was his first emblem of independence. Sometimes, he manned the roadside vegetable stand. 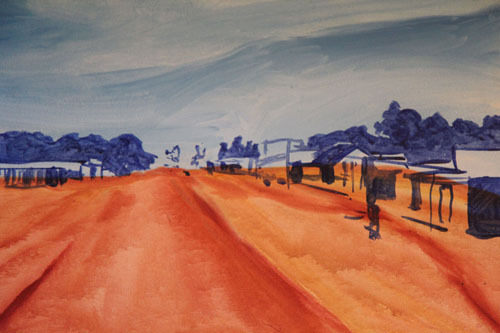 His imagination and talent saved him from being swallowed by insignificance.

“There was a big artistic presence in our house,” Clay says. “I used to go with my mother when she took voice lessons, and I always drew as a kid. It was my dad who taught me to build things.” 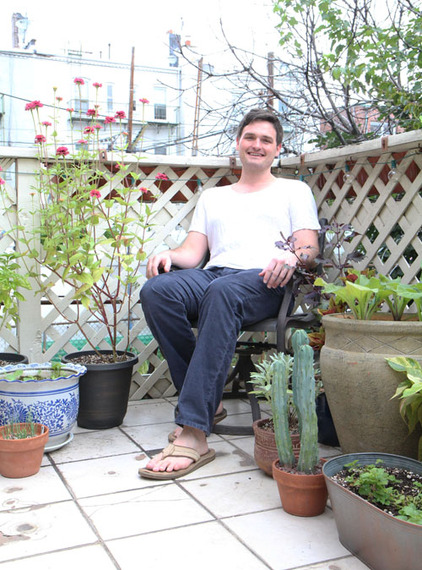 Photo by Nancy A. Ruhling
Clay on his plant-filled deck.

When Clay started taking his own voice lessons, he was surprised when the teacher told him to think about making singing his career.

As a student at East Carolina University, he set his sights on musical theater, knowing that New York City would eventually become his stage. 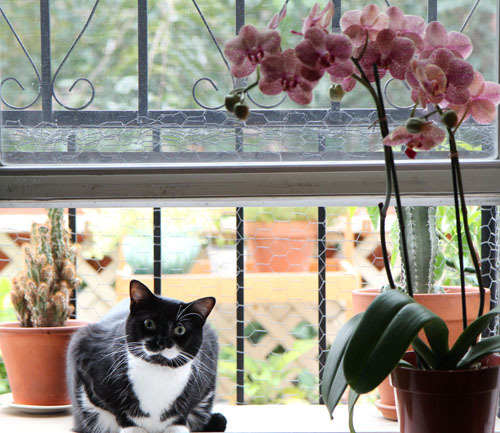 Photo by Nancy A. Ruhling
Daphne sunning in the window box.

“I love the idea of storytelling through song,” he says. “It gets to your emotions.”

After graduation, he spent a year doing regional theater then moved to Astoria with a college friend with high hopes of making it big.

“We drove the landlord crazy with our singing,” he says and smiles. 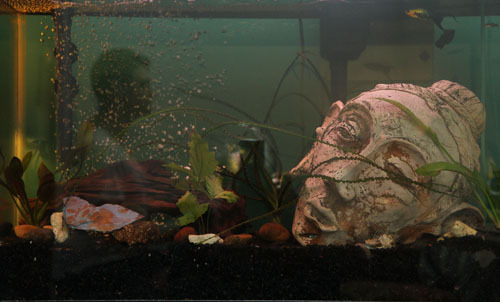 Photo by Nancy A. Ruhling
Clay made the clay statue for his aquarium.

Before he got the chance to get settled, his father asked him to go on a two-week medical mission to Aber, Uganda. He was to be part of the construction crew, but he ended up painting murals in hospitals and orphanages instead.

“Although I had taken an art course in college, this took me out of my comfort zone and into the realm of what’s possible for me,” he says, adding that he’s been painting ever since.

As would-be stars do, Clay took a series of day jobs, the latest of which is with a law firm, where he coordinates conferences. 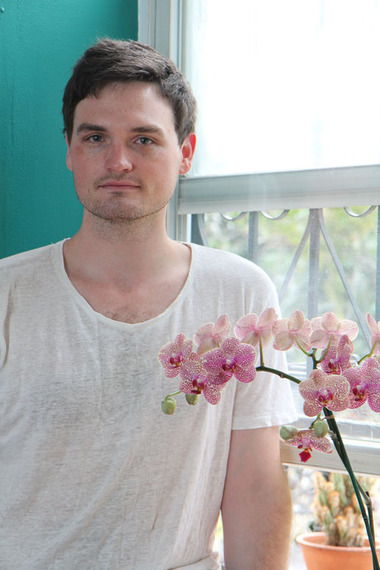 Photo by Nancy A. Ruhling
He’s become focused on healing.

In his free time, he painted and practiced yoga and the martial arts, watching as the curtain went down on his musical theater ambitions.

“With acting, you’re limited to someone else’s vision and purpose, but with the visual arts, you can get your own voice out,” he says.

Clay’s new voice, which is still in training, is leading him to new places. He’s thinking about going back to school to study physical therapy. A yoga teacher, he likes the idea of healing people. 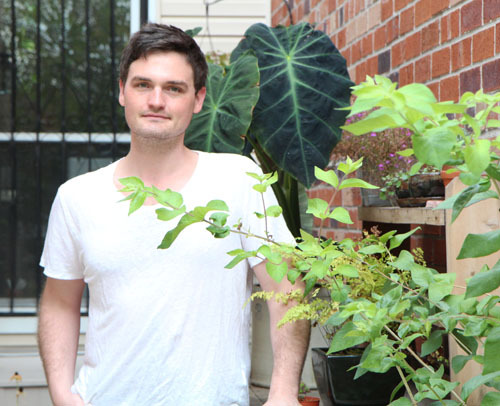 Photo by Nancy A. Ruhling
He doesn’t miss being on the stage.

“I’m passionate about learning about the body, and I want to develop myself as an artist,” he says. “I want to do something that makes some sort of difference in the landscape of things.”

Clay has no regrets to give to Broadway. He says it doesn’t matter that he hasn’t gone to an audition in two years. 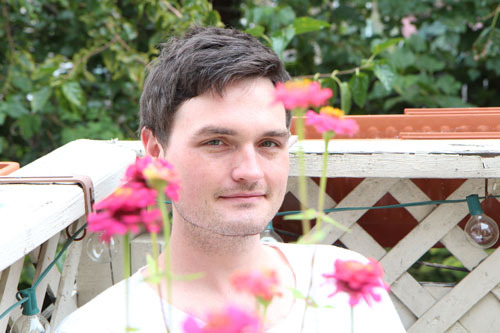 Photo by Nancy A. Ruhling
He’s found a new voice.

The hours of the law firm prevent him from trying out, and if he doesn’t pursue the stage now, it will be because he has no desire to.

But he’s quick to add that musical theater may not be out of his system entirely. He is, after all, only 31.

Whatever he chooses to do or not to do with the rest of his life, he is positive his story will have a happy ending.