The comforters aren’t stacked straight, and it’s driving Thal Tembelis crazy. He scrambles up a step ladder and adjusts the plastic packages so they are lined up in the light like soldiers at roll call. 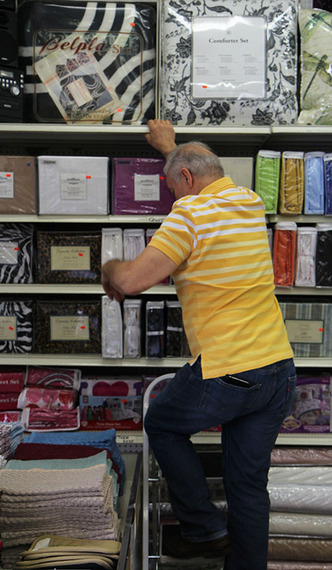 Photo by Nancy A. Ruhling
Thal adjusting the stock.

As the owner of Home Comforts, a homespun mom-and-pop version of Bed, Bath and Beyond, Thal is always putting things back in place.

“I don’t like it when it looks messy,” says Thal, who has thin white hair and the thick muscles of a college kid.

According to Thal’s brain, which is where the master list of the inventory resides, the two-level, 3,500-square-foot shop carries about 2,000 different items and keeps nearly 20,000 of them neatly displayed in its floor-to-ceiling shelves.

Thal is proud to say that Home Comforts is the place to go for everything from area rugs and pots and pans to toilet seats and linen sheets. 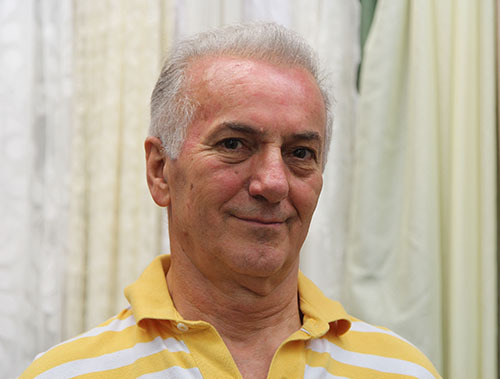 Photo by Nancy A. Ruhling
Thal is the owner of Home Comforts.

He has every right to brag. While other shops have come and gone again and again, Home Comforts has anchored the corner of 31st Street and Ditmars Boulevard for a quarter century.

Business has always been in Thal’s blood. His father owned a grocery in the tiny town of Marathokampos on the Greek island of Samos when Thal was growing up.

Thal never got a chance to work there because the family came to America when he was 12.

His older brother had died of pneumonia, and his grieving mother wanted to be close to her family. That’s why the Tembelises ended up in Fond du Lac, Wisconsin; they figured they would go back to Greece after three years. 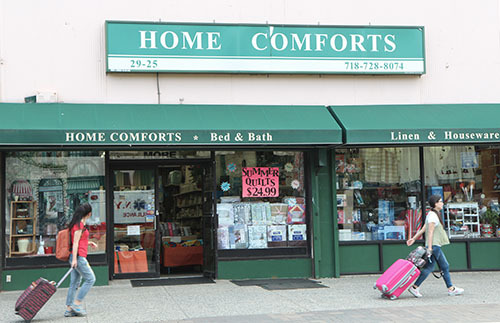 Photo by Nancy A. Ruhling
The store, on Ditmars Boulevard at 31st Street, opened in 1990.

Thal immediately made up for lost time. He found steady employment cutting grass, shoveling snow and catching worms, frogs, ants and butterflies for use in college biology classes.

After a year, the family moved to the Bronx, where Thal manned a hamburger stand.

During the summer, when he had more free time because school was out, Thal sold ice cream in Central Park. 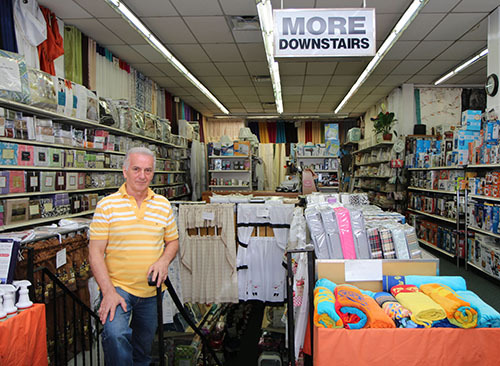 Photo by Nancy A. Ruhling
There are 20,000 items on the shelves.

Thal was so busy working that he didn’t have time to finish school and dropped out after 10th grade.

For a while, he worked in his father’s grocery/deli in Manhattan then bought a truck and delivered fruits and vegetables to markets.

By the time he was 18, he had a thriving business, a live-in girlfriend and a daughter.

“We were together for three years but never married,” he says. “She became heavily involved in drugs, so I left and had my mother raise my little girl.” 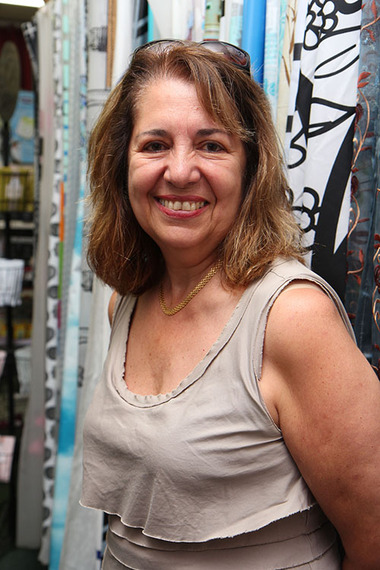 Thal’s next job, which he got when he was 21, was managing a fruit and vegetable market in Astoria. His boss was so impressed with his work that he asked him to become his business partner.

Thal didn’t say no and he didn’t say yes because he was on his way to Greece for a family vacation.

While he was there, he fell in love. 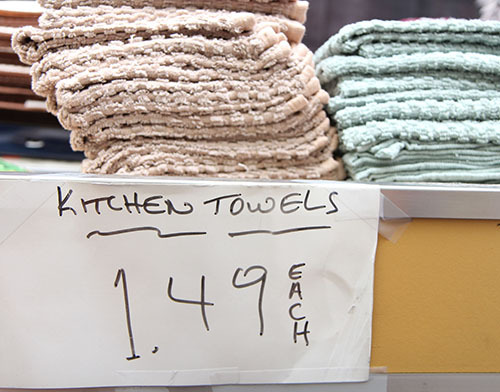 Photo by Nancy A. Ruhling
The shop has a homey atmosphere.

“She was sweet, kind and understanding,” he says. “Yes, it was quick, but we must have done something right because we had two sons, and 45 years later, we’re still together.”

Athena, who is standing at the sales counter, smiles when he says this.

After opening several businesses, including Pizza Palace, which is right next to Home Comforts, the partners decided to split their properties and pursue their own interests.

“My partner’s sons were old enough to go into business with him,” Thal says. “We worked it all out in a friendly way.” 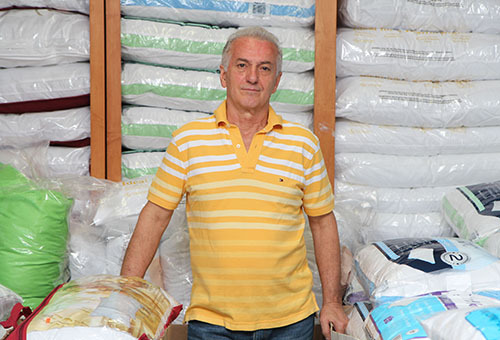 Photo by Nancy A. Ruhling
Thal started working at age 12.

In 1982, Thal opened a video/toy store and smoke shop where Home Comforts is.

“It was good for a while, but Blockbuster and Toys ‘R’ Us killed us,” he says.

Home Comforts, a wholesaler/retailer, was born in 1990, and it originally stocked towels and sheets.

“In the beginning, I was sending a lot of American linens to Greece,” Thal says. 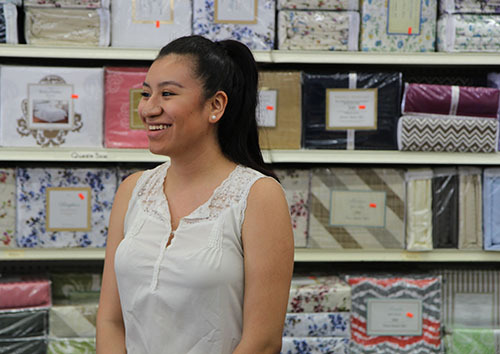 Photo by Nancy A. Ruhling
Leslie Astudillo is a Home Comforts salesperson.

Thal looks horrified when the subject of retirement is brought up.

“I like action,” he says. “I don’t like being bored, which is what I’d be if I stayed away from Home Comforts.” 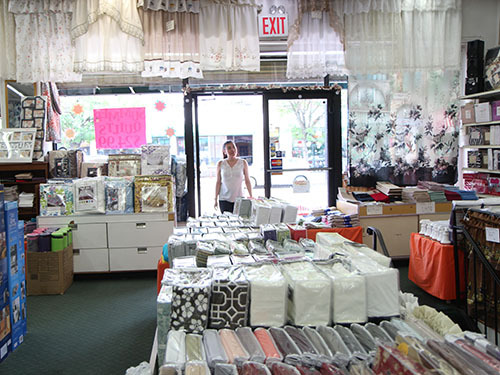 Photo by Nancy A. Ruhling
The displays offer but a glimpse of the inventory.

That’s why he’s embarking on a major renovation. He’s going to give the front a facelift that includes a new, brighter sign.

When pressed, he says he thinks his daughter, who is nearing 50, might be interested in taking over when he’s gone, and by that he means buried in the ground.

But she lives in Idaho with her husband. His sons have their own pursuits: One is a musician in Greece; the other owns a couple of his own businesses in Astoria. 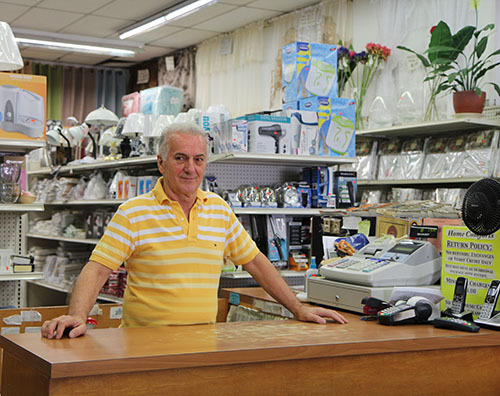 Photo by Nancy A. Ruhling
Thal has no intention of taking it easy.

That leaves his two grandchildren, who are babies.