A decade ago, when I settled in Astoria, there was a saint squatting in my front yard. 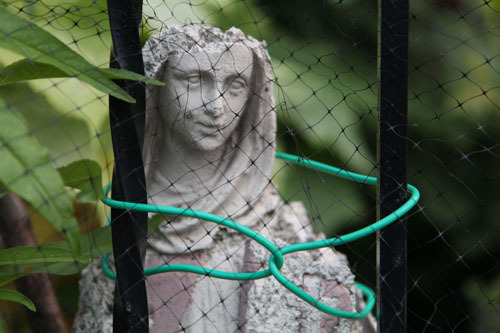 Photo by Nancy A. Ruhling
Mary, lashed to the fence.

She was standing right next to the pink flamingo and the one-eared Lamb of God, which non-religious folks call a sheep.

Although I saw her every day, our paths did not cross, so there was no occasion for us to speak.

But I felt her eyes staring at me, imploring me to make the first move. 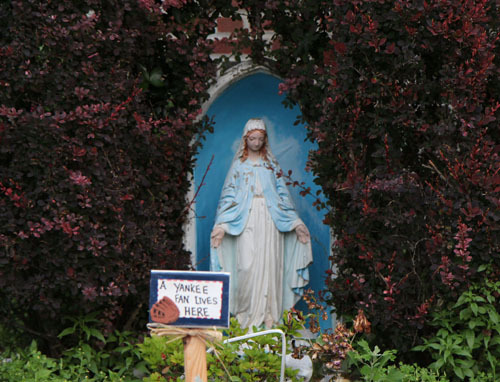 Photo by Nancy A. Ruhling
On the winning team.

Someone told me her name was Mary. I never found out more about her, although I heard she had a son named, of all things, Jesus.

I decided to let things be. I’d never been a landlord before, and I was shy about broaching the subject of overdue rent. 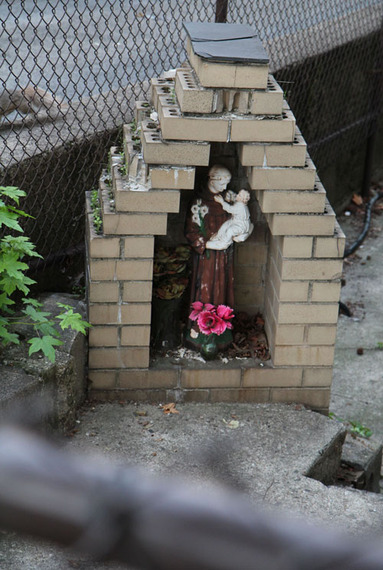 Photo by Nancy A. Ruhling
A humble shelter.

You can gauge the character of a neighborhood by observing many things — the restaurants that set up table, the new businesses that crowd out the old-time mom-and-pops, the breeds of dogs pulling their owners along the sidewalk and the kinds of cars parked on the street.

I started looking at saintly shrines like mine. There seemed to be a statue on every block. 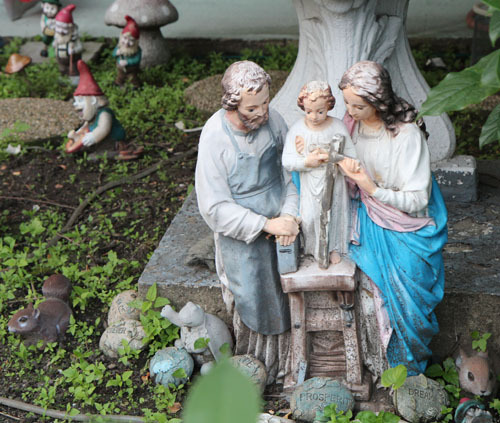 Photo by Nancy A. Ruhling
Getting help from the elves.

It would be too pretentious to call these memorials grottoes. There are, of course, no caves in Astoria.

They are, instead, humble homemade homages that pay tribute to the history of the immigrants who poured into the neighborhood, starting in the 1920s, with full hearts and empty pockets.

The saints gave them hope and reminded them of home. 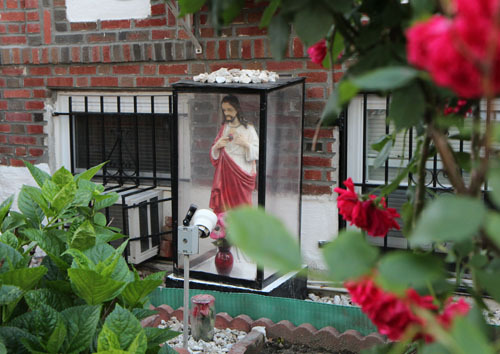 Photo by Nancy A. Ruhling
A red-robed Jesus among the roses.

Generation after generation, for almost a century, the saints stood their holy ground.

Then, as quickly as they came, they started disappearing. It was the SOLD signs that signaled their demise.

The newcomers, like me, saw them as old-fashioned, unfashionable relics and ripped them from the earth without a second thought. 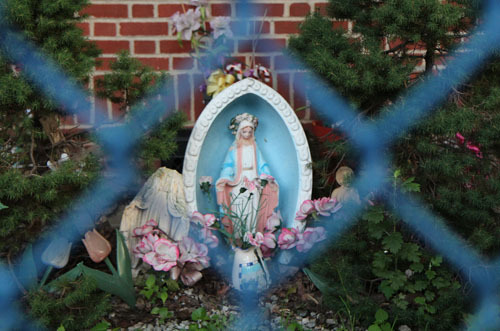 Photo by Nancy A. Ruhling
A chain-link cage.

My saint set up house on the upper terrace by the columned porch and surrounded herself with a bed of snow-white pea pebbles and bunches of Day-Glo faux flowers that bloomed brightly through every snowfall.

She was encased in glass like a crown jewel, and there was a bright white spotlight shining on her serene face. 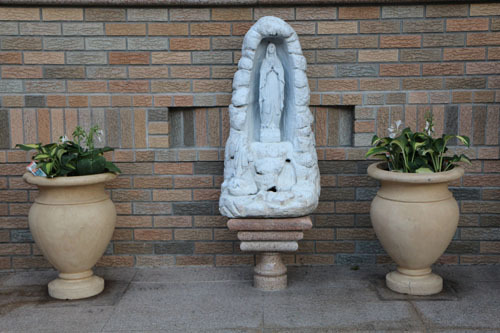 Photo by Nancy A. Ruhling
A contemporary shrine.

When I renovated, I resettled Mary to a plastic condo that I set out at the curb. She went to her heavenly reward without complaint.

I asked the electrician to disconnect the power line to the bulb that kept Mary’s face alive in the dead of night for all the decades she lived in my front yard. 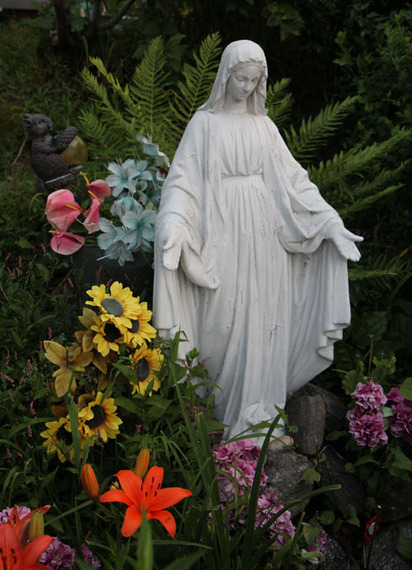 Photo by Nancy A. Ruhling
Blessing the flowers.

But he forgot to remove the light fixture that scarred my new landscape.

When I pulled it from the ground, I got a shock that knocked me down like a lightning bolt.