The fingernails on Jamuna Gurung‘s hardy hands are just the right length: Short enough to do work, long enough to be stylish. 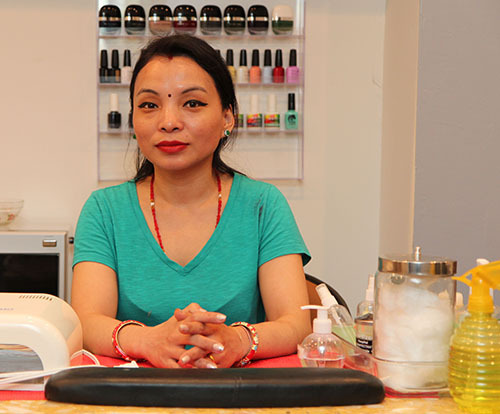 Painted a translucent white, they are tipped with silver sparkles. It’s a subtle touch. Jamuna’s not the showy sort.

“I really love this, honey, because what I do is an art,” she says. “By doing something as simple as shaping an eyebrow, I can make people look beautiful.”

Hers is a new business, so it requires a lot of tender loving care. That’s why she and her two employees are at their stations seven days a week. 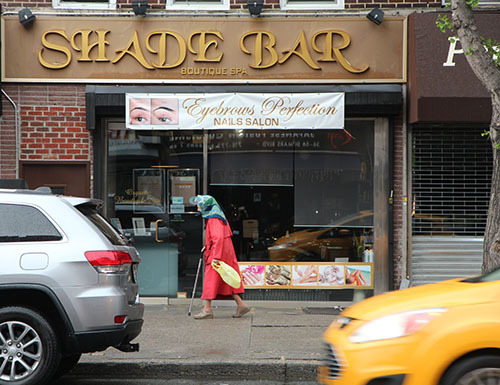 “I never get tired of working,” she says. “Well, almost never.”

Working hard is what Jamuna, who is from Nepal’s capital city of Kathmandu, has been doing her entire life.

The second oldest of six children, she got her first full-time job when she was in 10th grade. It was as a receptionist, and she worked her shift around her school schedule.

“I didn’t think anything of working so much when I was so young,” she says. “I didn’t miss anything because I was always too busy to have friends.” 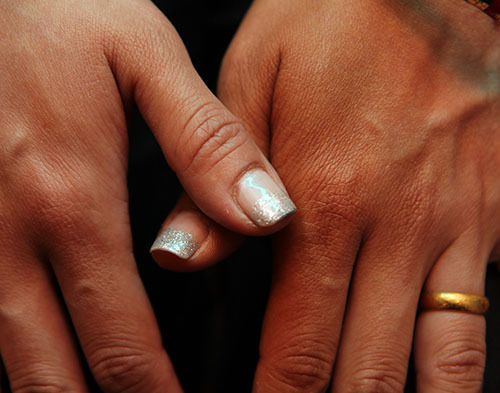 Instead of going to college, she went to Singapore. For a job as a waitress.

“I learned English there,” she says. “I chose to go there because it was easy to get a visa, and I knew the restaurant owner.”

After five years, she returned to Nepal, briefly, before following her father to California.

“He was a politician and there was a threat on his life when I was living in Singapore, so he was granted asylum in America,” she says. 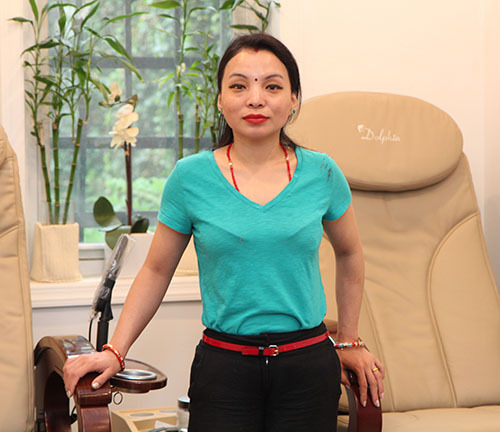 Photo by Nancy A. Ruhling
She opened her business this year.

Making a living in Los Angeles was the hardest thing Jamuna had ever done. Although she had two part-time jobs — she worked at 7-Eleven and a sandwich shop — her bills were always bigger than her paychecks.

“I had learned to thread eyebrows when I was in Nepal, so I took a job in a friend’s store, and she gave me more training,” says Jamuna, who is certified in waxing and threading.

She also went back to school, enrolling in the vocational nursing program at the California Career Institute.

“It was tough to work and go to school, but I did it,” she says. “During my internship, I loved taking care of the people because I was able to see what a difference I could make.” 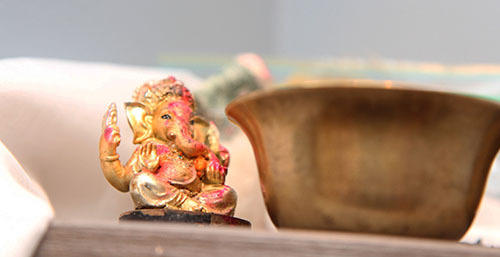 Photo by Nancy A. Ruhling
Ganesh, the god of good luck, watches over the salon.

Eight years after she came to America, in 2012, she followed her father to New York City, where other members of her family were settling.

“My parents had arranged a marriage for me,” she says. “They are very open-minded, and when I told them I needed a year before I jumped into a relationship, they agreed.”

The match worked. Jamuna, who is 34, got married two years go. There’s a gold band on her finger and a traditional maroon bindi at her forehead that signifies her wifely status.

A second red bindi, between her perfectly shaped eyebrows, defines her sixth chakra, the site of the wisdom of the all-seeing third eye. 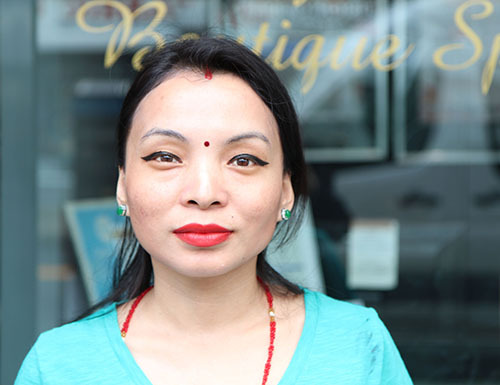 Photo by Nancy A. Ruhling
She’s happy in her arranged marriage.

After working at a nail/eyebrow salon in Flushing, Jamuna rented space and set up shop at Shade Bar this year. It was her husband, who works six days a week at a 7-Eleven, who encouraged her to start her business.

“He kept telling me that if I had a dream, I should follow it,” she says.

Her dream, at least as it stands now, is to add things to her life.

In a couple of years, if God agrees, she’ll become a mother. Pretty soon, she’ll be a certified manicurist and have her green card. Then, she’ll get her license for vocational nursing so she can do that in addition to running the nail salon. 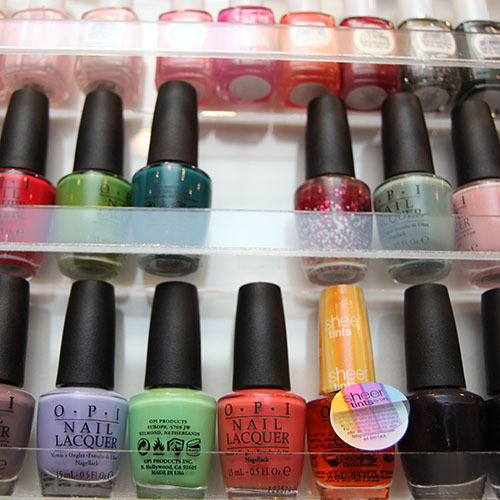 Photo by Nancy A. Ruhling
A rainbow of colors.

Sometimes, she misses Nepal, where her twin sister still lives. That’s why she lights the incense at Shade Bar.

She places the slim sticks in a brass bowl that is next to small statue of Ganesh, the elephant-headed god of good fortune in her Buddhist religion.

“Nepal’s a beautiful place,” she says. “I have not gone back because of my immigration status, and I want to because it still gives me the feeling of home.” 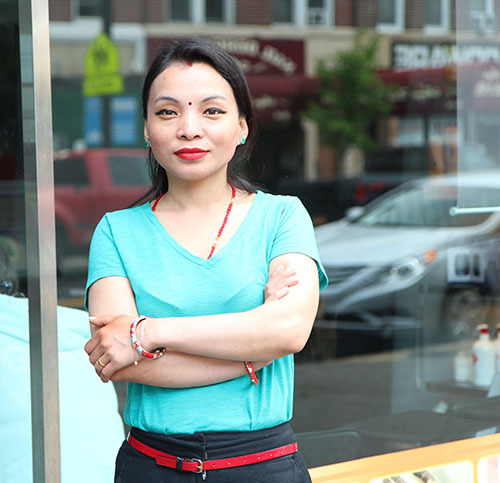 Photo by Nancy A. Ruhling
Jamuna’s ready for what awaits her.

Yes, she is happy in her new country.

“I’m lucky to be here,” she says, smiling. “I’m happy to have so many opportunities here. It’s hard to believe that all of this has happened to me in only 10 years.”

She moves her hands, and her nails flash in the light.