Eartha Thompson-Washington sparkles in the sunlight. Her tunic, the color of blushing pink rosebuds, is studded with mini-mirrors and gold sequins.

She bought it in Bangladesh while she was on one of her missionary trips. Every time she looks at it, it brings her back to the utter poverty of the land and the humble hospitality of its people.

Bangladesh is an agricultural country, and Eartha’s people come from farming stock. This doesn’t mean that Eartha knows anything about planting anything other than God’s word. 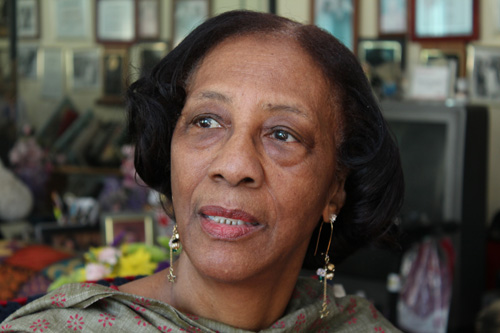 Photo by Nancy A. Ruhling
Eartha’s mission is helping others.

She was born in South Carolina, where her parents made their living from the land, but they headed up North, to Bed-Stuy, Brooklyn, when she was only 7. Unlike her great-grandmother, who was born in the 1850s and was pressed into service as a water girl for slaves in the fields, Eartha didn’t have to work when she was a child.

In New York, her daddy became a car mechanic, and her mother got a job in a factory. She told Eartha that working in the factory was a cinch compared with the back-breaking work of the farm.

Bed-Stuy sure wasn’t South Carolina, and Eartha had to make a lot of adjustments. In those days, the 1940s, the concrete jungle was ruled by gangs, and Eartha, her two sisters and brother, weren’t allowed to leave the block.

“We played in the street — stickball, hopscotch, jump rope — it was a lot of fun,” she says.
“But when the streetlights went out, we went back to our own stoop.”

Every Sunday, they got all dressed up and went to services at the Cornerstone Baptist Church, the one Eartha still attends religiously. 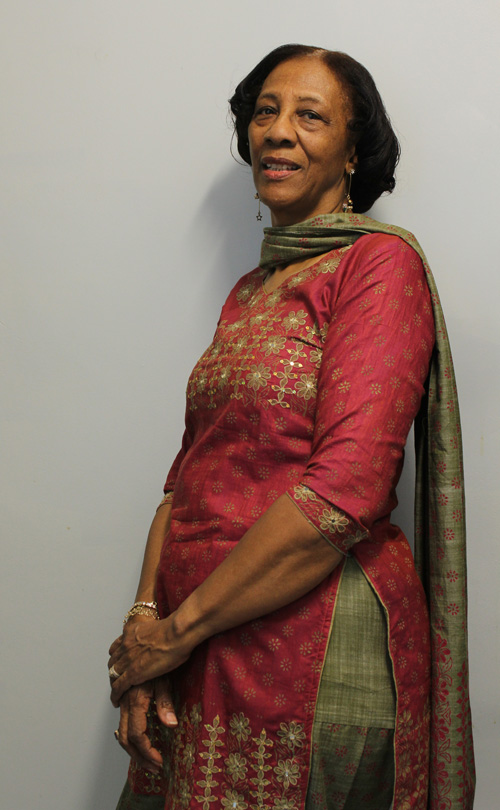 Photo by Nancy A. Ruhling
Eartha raised her three boys by herself.

“Sunday was a day of rest and relaxation — nobody worked,” she says, adding with a sigh of regret that “these days, you can’t do it that way any more.”

Eartha was an independent spirit, and when it came time to go to high school, she rejected the all-girls institution her parents had chosen and went back to South Carolina to live with her grandmother.

“I came back to New York in the summers,” she says. “I took the train — it was called the Champion of Charleston.”

Eartha, a tall woman who possesses the politeness and elegant grace of a bygone era, became a joiner, a trait that still informs her life. She played on the basketball team, was on the student council debate team and wrote for the school newspaper. At 16, she was proud to get her working papers. Her first job was in a factory.

In the 1950s, when women in general and women of color in particular weren’t allowed to strive for much beyond the home a husband could provide, Eartha earned an associate’s degree in accounting from the Borough of Manhattan Community College. Later, as a married woman and mother of three sons, she went back to school, this time for a bachelor’s degree from Baruch. 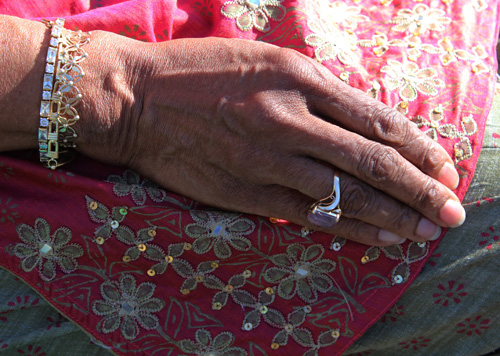 Photo by Nancy A. Ruhling
Eartha’s outfit is a souvenir from a mission to Bangladesh.

Early on, Eartha got a divorce and raised her brood as a single parent. The walls of her apartment are filled with framed photos of her sons and her three grandchildren. It’s a good thing she usually doesn’t want to play the piano because the cover over its keys has been turned into a display area for dozens of these smiling snapshots.

After a stint in the private sector, she secured a job as a contracts administrator for the City Parks Department.

“I never went away for a vacation,” she says. “I took my time off in days, not weeks, for things like parent-teacher conferences. But my sons and I spent our time doing other things together — we went to all the museums in Manhattan. There were music lessons and Little League, and I was a Scouts den mother.”

Her other free time was devoted to the church, where she did everything from teaching Sunday school to leading the youth group.

After 31 years of serving her city, Eartha retired at 57 and immediately got busier than ever. “I volunteer everywhere,” she says. 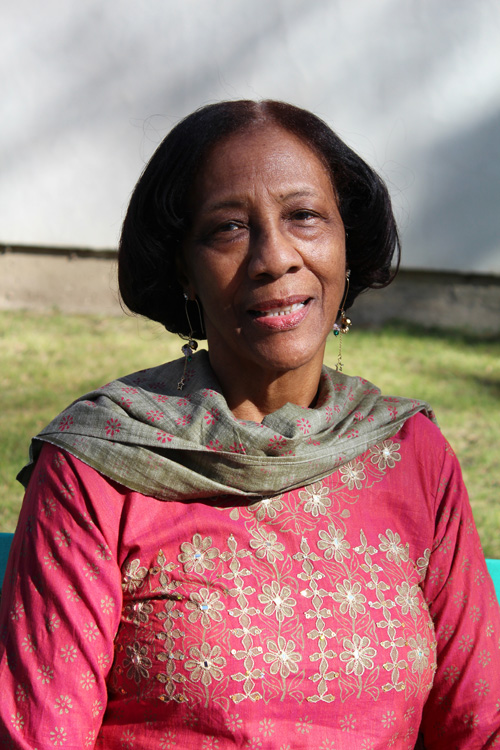 Photo by Nancy A. Ruhling
As a retiree, Eartha’s busier than ever.

In addition to her volunteer work for her church, Eartha is on the boards of Elmhurst Hospital Center and the New York City Department of Aging. She’s a member of the Tamiment Democratic Club and the Kiwanis. And she’s the only African-American member of the Astoria Civic Association, a group she once was president of.

She’s also a chaplain, bringing solace to patients in nursing homes and hospitals. Someone has to help them, she says. She talks about a young woman from the housing projects who had cancer. Eartha was there to help her through the tough times, getting her food stamps. When the woman lost her battle for life, Eartha made sure she had a decent burial.

“I conducted the funeral,” she says. “And we got everything, including the casket and plot, donated.”

This wasn’t a special case, Eartha insists, and is not deserving of recognition. It’s what she devotes herself to doing every day.

With her sons grown and her days filled with good works, Eartha wasn’t looking for a husband. But one found her. It happened during one of Eartha’s annual youth retreats. 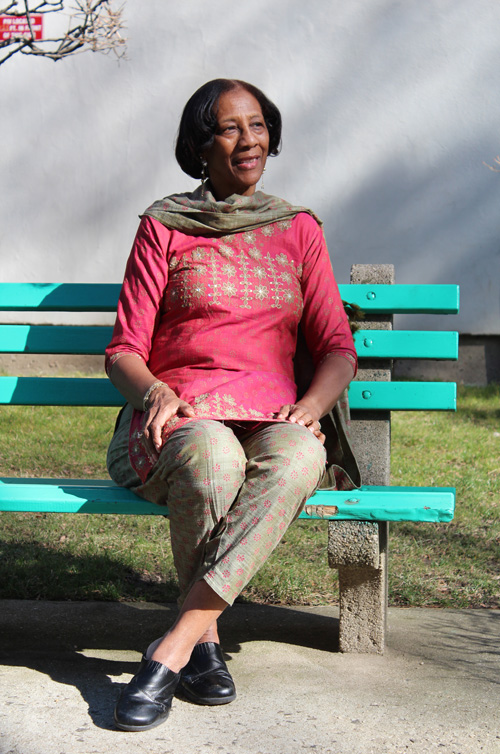 Photo by Nancy A. Ruhling
Eartha in a rare pose: relaxing.

“He was the bus driver,” Eartha says. “I didn’t know it, but he kept volunteering to work our trips. The third year, when we arrived back early and my ride wasn’t there, he drove me home and asked for my number. We dated for three years before we married.”

Eartha’s missionary work only started in the last decade, but she’s covered a lot of territory. In addition to her two trips to Bangladesh, she’s visited Kenya, West Africa, South Korea, South Africa and the Caribbean isle of Dominica.

“I’m a service person,” she says simply. “I like to help people.”

Eartha just turned 74, but she’s more full of life than ever.