Moustafa Elshiekh places a color photo reverently on his desk. It was taken this year, on the 11th anniversary of 9/11, and in it, he’s standing between Mayor Mike Bloomberg and Police Commissioner Ray Kelly.

U.S. Sens. Chuck Schumer and Kirsten Gillibrand also are in the official lineup at the Manhattan memorial.

This picture marks a milestone for Moustafa, a longtime leader of the city’s Arab Muslim community, for it was when the terrorist planes struck the Twin Towers in 2001 that his lifelong civic and political activism took on a new meaning and urgency. 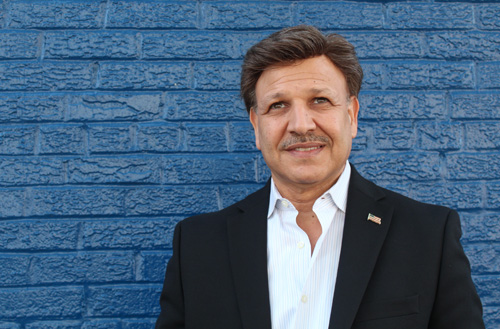 Photo by Nancy A. Ruhling
Moustafa is a leader of the Arab Muslim community.

“It was on that date, for the first time, that I really felt I was a Muslim,” says Moustafa, who proudly wears a miniature American flag pin on the lapel of his navy blue blazer. “I, and the rest of my community, were devastated by the attacks. We felt a responsibility to define ourselves.”

In a sense, Moustafa has been defining himself ever since he came to New York from Alexandria, Egypt in 1980.

“We were poor, but we didn’t think of ourselves as poor, because everyone had the same standards,” he says. 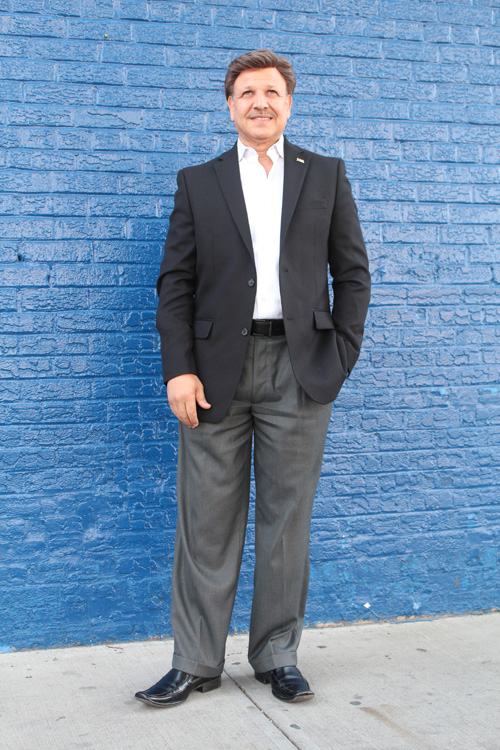 Photo by Nancy A. Ruhling
Moustafa left his native Egypt for New York in 1980.

Although he was studying electrical engineering at Alexandria University, he had set his sights on America.

“I had big dreams and high hopes,” he says. “I came here because I wanted to do better.”

He enrolled at CUNY’s College of Staten Island, quickly switching from engineering to political science. He held a series of odd jobs — he did everything from driving a cab to working in fast-food restaurants. 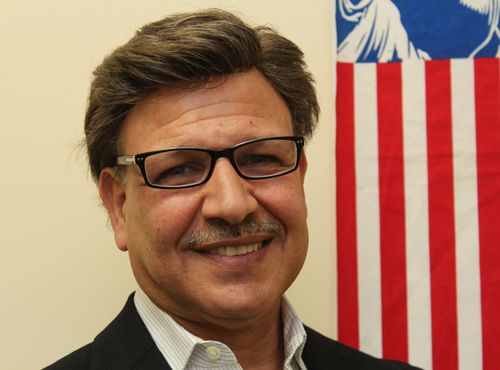 Photo by Nancy A. Ruhling
He wears his citizenship proudly.

Eventually, he quit school to earn his living working on economic development in Jamaica, Queens, and in commercial real estate, achieving a success that surpassed his wildest dreams.

After 9/11, Moustafa founded Americans for Domestic and Global Peace, a grass-roots nonprofit that promotes religious tolerance and cultural understanding among people of diverse ethnic and religious backgrounds.

“We have to educate people to see the goodness of each religion,” he says. “The goal is to get people to come together to work on solving problems. The ultimate goal is peace.”

Moustafa has never been the victim of discrimination, but he has heard from fellow Arab Muslims who have. 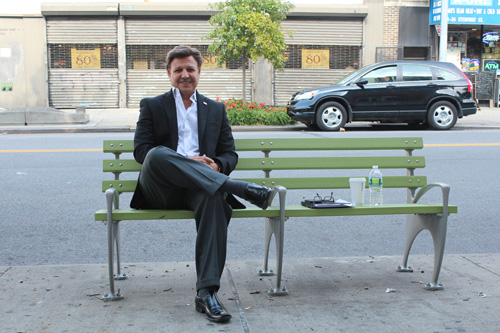 Photo by Nancy A. Ruhling
Moustafa outside his Astoria office.

“There is a lot of covert discrimination,” he says. “The key to making this stop is to get to know one another. My motto is: Seek to understand first then be understood.”

So this is what Moustafa would like you to know about him:

— He’s proud to be an American.

“Becoming a U.S. citizen was a great, outstanding feeling,” he says. “I felt I was American, and it validated me. People who are born here may not understand that because they take it for granted.” 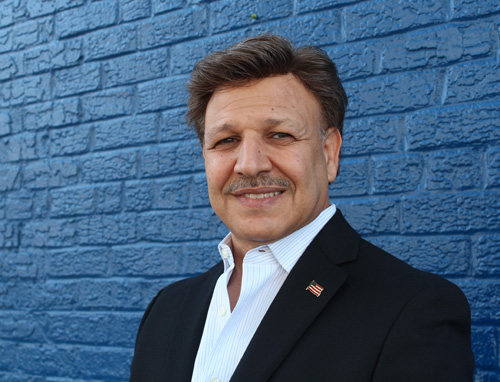 Photo by Nancy A. Ruhling
A flag waves from his lapel.

— He has a wife, Lorraine, and two children; his daughter is in college, and his son is in high school.

— He and his family live in Astoria and also have a house in Wantagh.

— The couple met back in the day when he was managing a Nathan’s Famous in Brooklyn.

— He worships at Masjid Dar Al-Dawa, where he is trying to get the congregation more engaged in civic action. 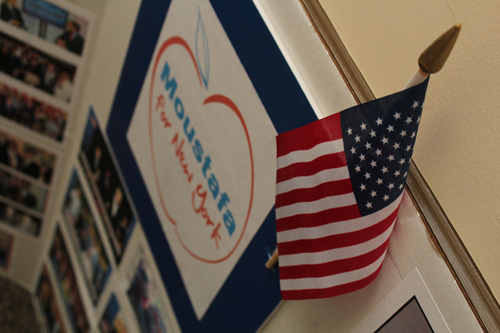 Photo by Nancy A. Ruhling
A campaign poster from Moustafa’s Assembly run.

— In 2010, he decided he could no longer sit on the sidelines, and he made a brief run for the state Assembly.

These affiliations and activities mean that Moustafa generally is up at 6 a.m. and doesn’t get the chance to go to bed until long past midnight. But that’s OK, he says. A lot of good has come from his work. It was he, for example, who led the charge that in 2006 got the state to ban mandated exams in public schools on religious holidays. 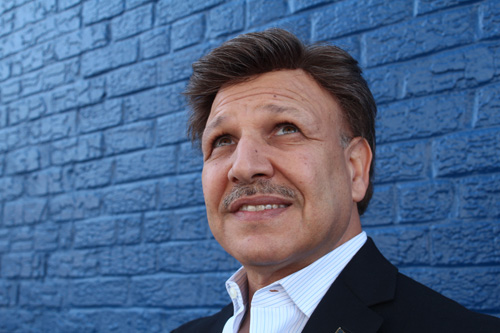 Photo by Nancy A. Ruhling
Is a City Council seat in his future?

By the way, he does have a day job: 30 hours each week, he does public relations for EIHAB, a nonprofit devoted to helping people with developmental disabilities. He’s made it one of his missions to educate people about this constituency, which he feels has not only been misunderstood but also sorely neglected.

There is much work that still needs to be done within the Arab Muslim community, Moustafa says, and at 52, he still has the time to try to make a difference.

He asks, humbly, that you keep his name in mind. Next year, he may run for the New York City Council.