A little boy in a bright red T-shirt rushes into the living room like Thomas the Train, singing and dancing himself silly until he collapses, hysterical, onto the coffee table.

Sylvia Ramsaywak laughs her head off. This is her 7-year-old son, Jude, and this is his way of entertaining guests.

As soon as Sylvia sits in the recliner, another little boy drops into her lap and presses his body into hers with a Teddy-bear hug. This is 3-year-old Jesse, and standing next to him is 10-year-old Jordan, giving him her best big-sister look. 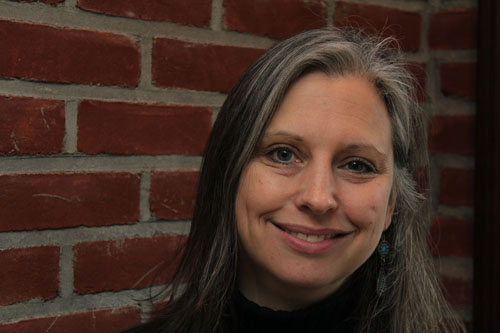 Photo by Nancy A. Ruhling
Sylvia plays the mother of three.

Sylvia’s husband, Sean, is getting breakfast for the Three Js. It’s Saturday, so Sylvia only has the trio. During the week, she attends to more than 150 students in kindergarten through fifth grade in her Serious Fun after-school programs at P.S. 85 and P.S. 234.

Sylvia’s an actress by desire if not by profession, and she modeled Serious Fun after the things she liked to do after school when she was growing up in Alaska. Her parents had a lot of adventures. By the time Sylvia was born, they had become performers, taking roles in community theatre.

She had a great time in the great outdoors. Winters were spent ice skating and playing in the snow. Summers were for observing wildlife.

“Bears would eat out of the trash cans in our back yard,” she says, adding that when she was 5, she learned to shoot a rifle. “And there was a moose family that came to our house for food. We gave them cabbage through the window.” 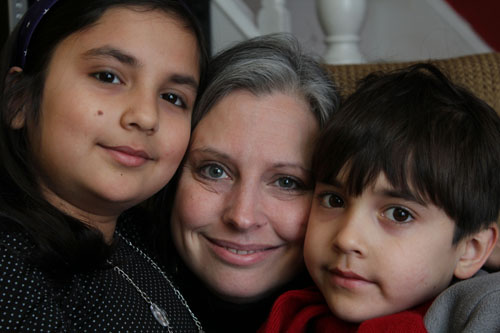 Photo by Nancy A. Ruhling
Sylvia with two of her Three Js: Jordan and Jude.

Her social life revolved around school, which, she says, “was the center of everything.” There were after-school clubs for a variety of activities, including band, theatre, foreign languages, cheerleading, skiing and chess.

But nature’s stage was not where Sylvia saw herself. “I wanted to be an actress,” she says, adding that she and her parents sometimes starred together in plays.

Through high school, she kept her eye on her dream, even entering a beauty pageant. “I did it for fun,” she says. “We all did it because there weren’t many scholarships around.”

After she earned a degree in theater from Syracuse University, Sylvia pursued her craft in a variety of venues and cities — London, San Francisco, Portland and Seattle — and in 1994 moved to New York City. She settled in Astoria two years later. 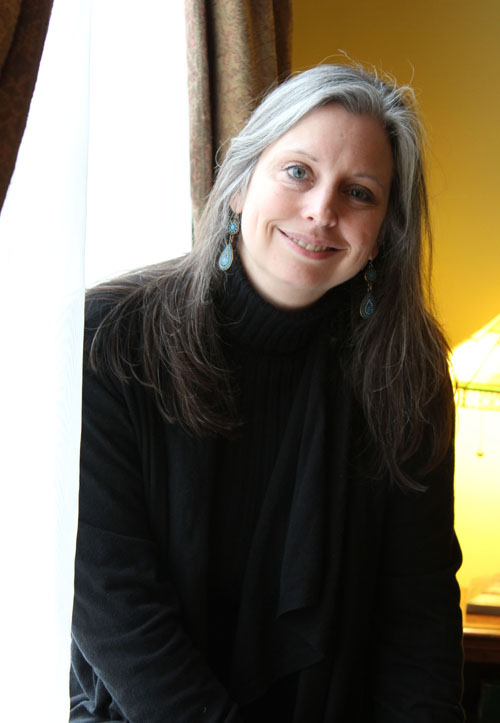 Photo by Nancy A. Ruhling
Before Sylvia was a mother, she was an actress.

Between acting jobs, she temped for Pfizer, which gave her the sense of security she craved. During this time, she also earned a master’s degree in creative writing from Brooklyn College.

It’s likely that things would have continued on the same course had she not been invited to sing at a friend’s wedding.

Jesse wanders back into the room, bringing his boot. The strap is broken. Sylvia, a tall woman whose shoulder-length hair is silver-streaked and chic, tells him, gently, that she’ll try to glue it together later. Satisfied, he goes back to the kitchen.

Where were we? Oh, yes, that wedding. The bride was from Trinidad, which is where the wedding party went. Sean, the bride’s brother, met everyone at the airport. “He followed me around all the time,” Sylvia says. 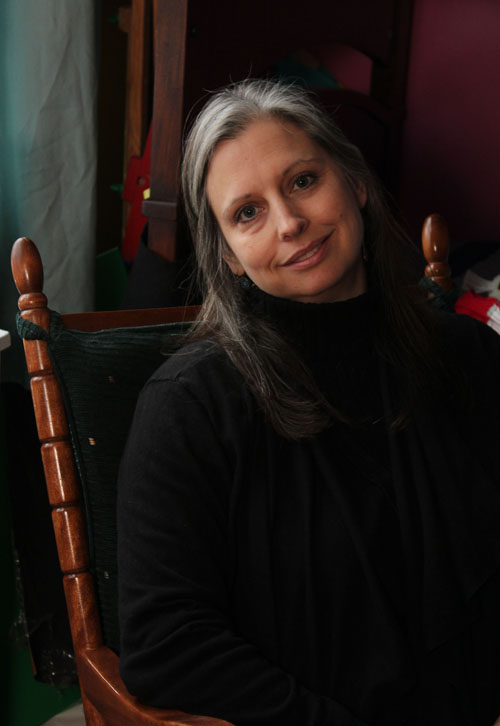 Photo by Nancy A. Ruhling
Sylvia is the founder of Serious Fun.

She couldn’t help but notice him: “It was July — he was bare-chested.”

Six months later, after they called and e-mailed each other constantly, he proposed. “He took me to the same beach where his sister’s wedding was, and in his suit, he got down on his knee in the sand,” Sylvia says.

They got hitched at a Viva Las Vegas Wedding Chapel; Sylvia wore a glittery gown the color of Dorothy’s ruby slippers. Elvis was in the building, and he made them promise to be true for eternity and never to step on each other’s blue suede shoes.

“It was a fake Elvis,” pipes up Jordan, who has been following Sylvia’s every word. 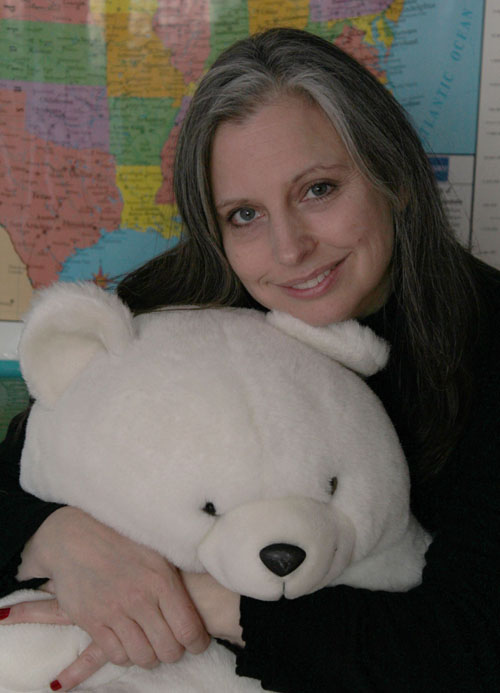 The couple came back to Astoria, and soon Sylvia was pregnant. “Yes, Jordan, we’re talking about you,” she tells her daughter.

Then Jude entered the picture.

Sylvia did what she always did when she didn’t know what to do: She went back to school, this time earning a master’s degree in teaching english to speakers of other languages from Touro College. When she started her coursework, she found out she was pregnant with Jesse.

It was around this time that Sylvia started volunteering in Jordan’s school and discovered that its after-school program offered little more than babysitting and crafts.

“I remembered the programs I had taken in Alaska, and I thought maybe we could offer something similar all in one place in Astoria,” she says. “I wanted a place for kids to have fun and play with their friends.”

She got a child-care license and, in 2010, opened Serious Fun, which focuses on the arts. 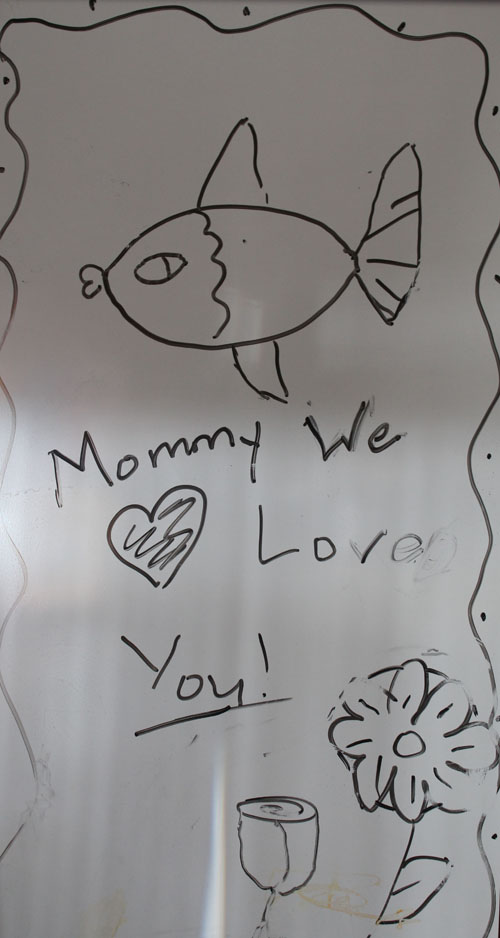 Photo by Nancy A. Ruhling
An artistic note from Sylvia’s Three Js.

“Fun is important,” Sylvia says. “It’s another way to learn. One day all the kids got their guitars and played Johnny B. Goode, and when we did the Nutcracker Ballet, you should have seen all the little girls in the spotlight — they were prima donnas.”

Sylvia hopes that other schools adopt similar programs because “the biggest part of my life as a mother is seeing my kids enjoying themselves, and I want them to have as many experiences as possible.”

Jesse climbs back into Sylvia’s lap; he really, really wants to watch Nemo. His mother, ever attentive to the onset of tears, goes off to find the DVD.