The first thing you notice about K.Y. Chow is his apron. It’s green, the color of a forest in deep shade.

He points to the large red and white medallion in the center of its top. 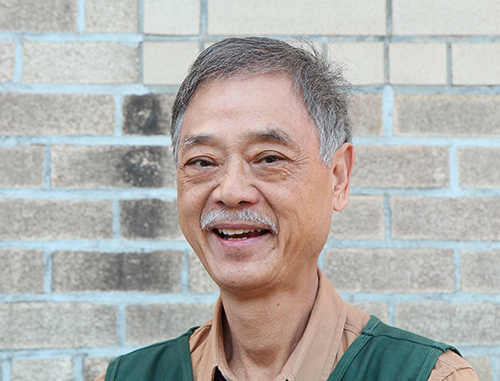 “It’s Chinese calligraphy,” he says, standing in front of a wall of awards in the lobby at Grand Meridian Printing in Long Island City. “It means ‘best of the best.’”

K.Y., a tall, pen-thin man who is angular and animated, wears it when he’s in the office, and since he’s on site at least 16 hours a day seven days a week, he’s happy to note that that’s pretty much all of his waking time.

“This business is my baby,” he says, adding that he feels lucky to put in so many hours because “working for myself means liberty, freedom.”

K.Y.’s parents were Chinese, and his first name reflects their heritage. The K stands for Country and the Y stands for Royalty, or “royalty to the 3,000 years of Chinese culture.” 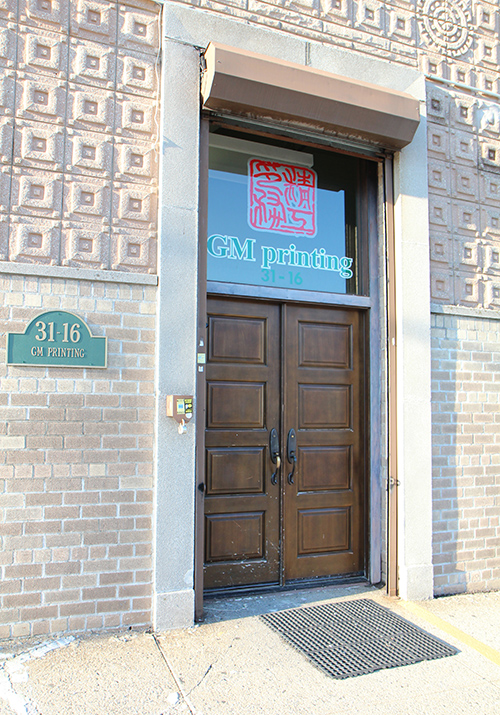 “K.Y. also is the abbreviation for the State of Kentucky,” he notes.

Diligence is embedded in K.Y.’s DNA.

“We are from China’s Hakka tribe – we are a small race with our own language and by tradition are hard-working people because we always had nothing,” he says.

Born and raised in Hong Kong, which is where his parents fled after the Communists won China’s civil war in 1950, K.Y. grew up on a vegetable farm. 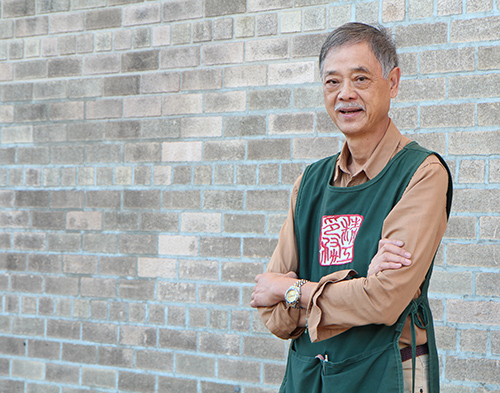 K.Y. grew up on a vegetable farm and lived in a house without electricity and plumbing.

“My dad had made money, and the Communists took it away,” he says. “They left overnight with nothing.”

The family, which included K.Y.’s older brother and sister, lived in what K.Y. calls a wooden “hutch” that had no electricity or plumbing.

“When I was in high school, I studied by the light of a kerosene lamp,” he says. “The land was not ours. Our bathroom was a hole in the middle of the vegetable field; our vegetables were 100 percent organic, if you know what I mean.” 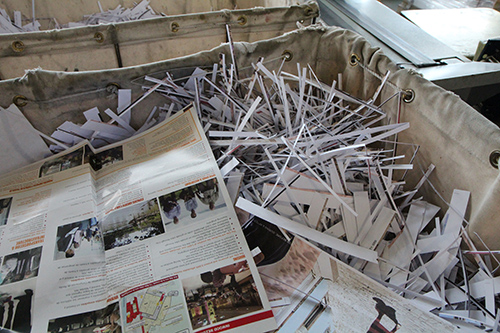 K.Y. was the only person in his family to go to school. But getting an education was challenging.

“My father died after my graduation from high school,” K.Y. says. “I had to take care of my mother and work while I went to college.”

After graduating from Hong Kong Baptist University with a major in accounting and a minor in finance, subjects K.Y. considered practical enough to land him a steady job, he earned a master’s degree in finance with a minor in marketing from the Asian Institute of Management in Manila, the Philippines.

For several years, he lived at home with his mother while holding down a job in merchant banking and teaching college-level continuing-education classes. 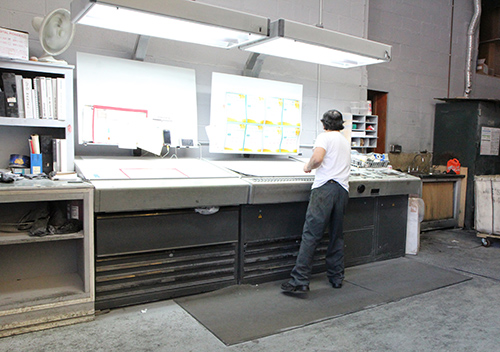 In 1987, a job as a project manager for a private investment company brought him to New York City.

“Before I left Hong Kong, I knew so many people that I had farewell dinners every night for three months,” he says. “The company said they would help me get a green card. People were jealous because I was coming here.” 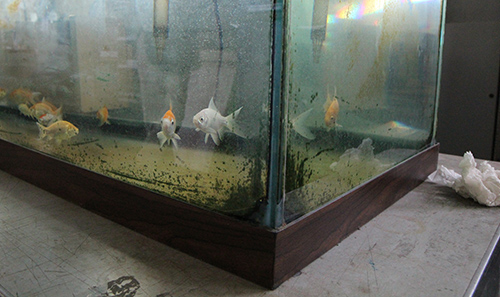 The staffers set up an aquarium in the factory.

In the beginning, it was rough. The company that hired him had promised him a rent-free apartment.

“It turned out that that was a mattress on the floor,” he says. “I lived there three months.”

Four years later, K.Y. became the project manager for a wealthy Chinese woman from Hong Kong who was a major shareholder in a hotel-construction project in New York City. 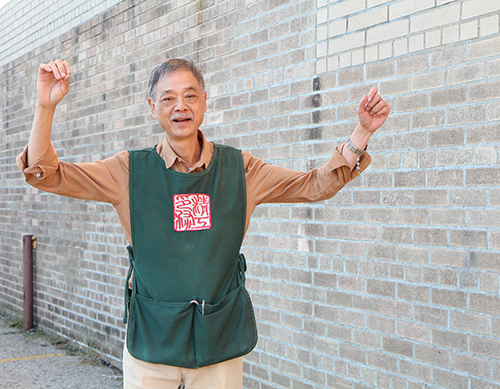 K.Y. is a detail guy and a man of action.

One of the minor investors in the hotel decided to liquidate assets, and there was a printing shop among the businesses. Although K.Y. spent a year negotiating to buy it, the deal fell through, and he ended up owning a different printing shop in Chinatown and renaming it Grand Meridian.

His wife, Ivy Lung, who has an MBA and is the controller at Grand Meridian, thought the purchase was a good – although risky – idea. 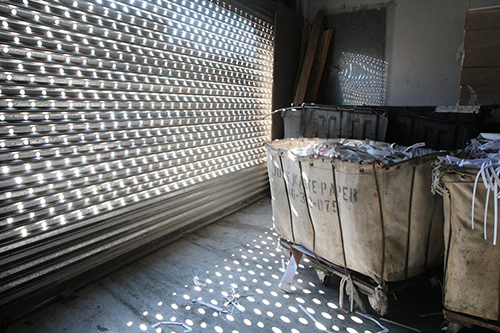 “With her job covering our mortgage, we could take the chance,” he says.

K.Y. didn’t know anything about the printing business so he became an unpaid apprentice in Chinatown for three months.

The original printing shop, which was in an 850-square-foot space, focused on Chinese takeout menus. In 1997, K.Y. moved Grand Meridian to a 9,400-square-foot location in Chinatown.

By 2004, he was certified as a minority- or women-owned business enterprise (MWBE) and was focusing on high-profile clientele that now include CUNY, SUNY, the New York Philharmonic, the MTA, Metro-North Railroad and the New York Mets. 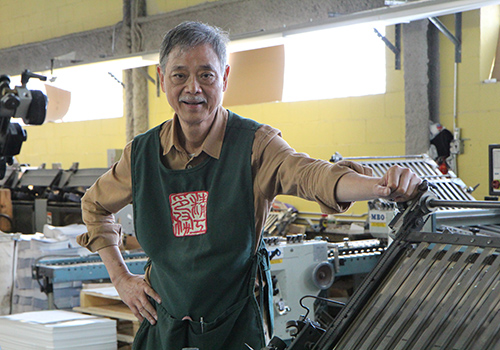 He moved the business to Long Island City in 2009, buying the 13,000-square-foot building on Hunters Point Avenue and immediately expanding it by 5,000 square feet.

“I had looked in some other areas, but they weren’t right,” he says. “This was the first property I saw here, and I fell in love with it.”

Although Ivy and K.Y. live in Rego Park, they spend nearly all of their time at Grand Meridian. Their offices are next to each other, and they cook quick meals in its kitchen and occasionally stay overnight.

“I didn’t leave during Hurricane Sandy,” he says. “I wanted to make sure nothing happened.” 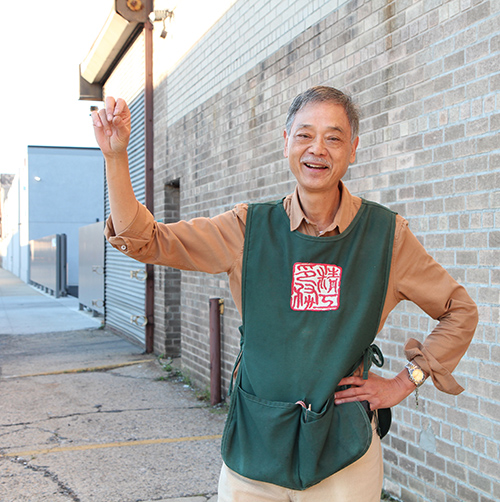 Although K.Y. and Ivy have no children, they do have two dozen employees and no thoughts of retiring.

K.Y., who is 66, concedes that the printing industry is facing challenging times in the digital age.

“The pie is getting smaller and smaller,” he says. “I’m in crisis management, but I don’t believe print will ever go away entirely.”

All the same, he’s keeping his options – and his eyes — open.

“I’m always looking ahead for opportunities,” he says.