It’s Sunday morning, and the Chabad of Long Island City is at rest. The same cannot be said of the Rabbi Zev Wineberg and his wife, Rivka, who are busy planning for the coming week.

Theirs is the only Jewish community center in Western Queens and as its membership has mushroomed, so have their duties.

There is a Hebrew school and women’s circle to run; a weekly newsletter to publish; religious holidays to celebrate; regular services to hold; and, of course, the communal Friday night kosher Shabbat dinner to prepare. 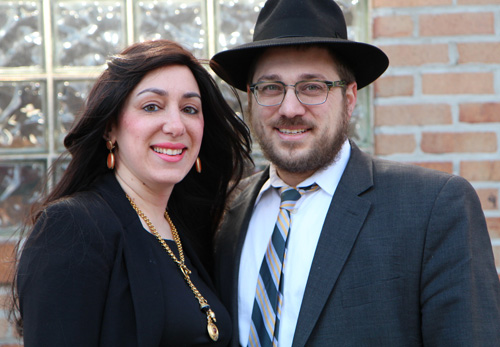 Photo by Nancy A. Ruhling
Zev and Rivka operate the Chabad of Long Island City.

Zev and Rivka, who are Chabad Hassidic Jews, started the community center in the living room of their apartment in 2005 — “we were forever rearranging the furniture for each event,” Rivka says — and began renting space on Jackson Avenue nearly two years ago.

This is what they have been training for all their lives: To be among the thousands of emissaries, working in more than 100 countries, who encourage Jews to return to traditional practices.

The movement, established in the 18th century, was led by seven generations of spiritual leaders, notably the Rabbi Menachem Mendel Schneerson, who passed away in 1994. It was his message of hope that resonated with a post-Holocaust Jewish community, and it was he who fused tradition and technology to bring the message to a new generation. 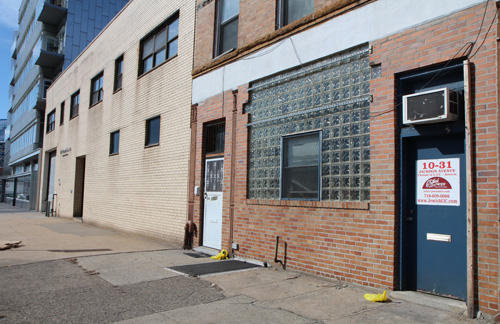 Photo by Nancy A. Ruhling
The Chabad keeps a low-profile presence on Jackson Avenue.

Thus, Zev wears the classic Chabad uniform — fedora, dark suit, white shirt and necktie — and Rivka hides her silky shoulder-length hair under the luxuriously long locks of a dark wig. But they text on iPhones and communicate about community events through their website and Facebook page.

And Rivka translates the edict to cover her body into a chic below-knee-length zip-up-the-back pencil skirt, black tights and suede high heels the color of cherry lipstick.

“A lot of people associate Jews with negativity,” Zev says. “They get a refreshing perspective when they see that we are happy with what we’re doing.” 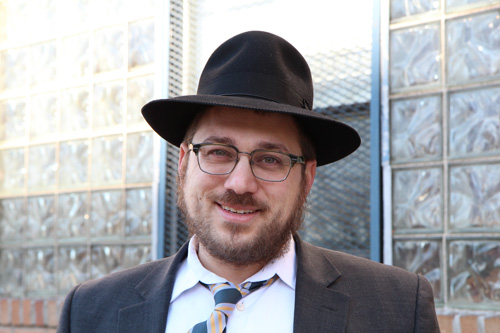 Zev, the third of nine children, started yeshiva at 12, traveling from his native Vancouver, Canada to Seattle, Chicago, Israel, South Africa and Budapest to study.

Rivka, the second of 10 children, was born and raised in Crown Heights, Brooklyn. She spent the summers of her girlhood at Jewish day camps in Virginia, the Ukraine, Florida and California. After graduating from high school, she studied in Israel then began teaching school in the Chabad community.

A little more than a decade ago, Zev and Rivka met in Crown Heights, the headquarters of the Chabad movement. Rivka, a live-in-the-moment woman, doesn’t remember the details of their first date. It is Zev who has kept this memory etched in the hard drive of his encyclopedic mind. 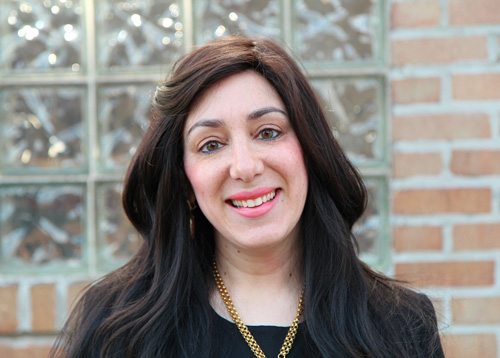 Photo by Nancy A. Ruhling
In public, Rivka hides her hair under a wig.

He reminds her that they went to The Pierre in Manhattan, where they had drinks, not dinner.

“From the first moment we met, she was interesting and exciting,” Zev says.

Zev, 34, doesn’t know whether it was love at first sight, but Rivka, 33, says that she immediately felt they were made for each other.

“He looked really cute,” she says. “But it’s not about looks, it’s about who the person is. And he was happy and loved life.” 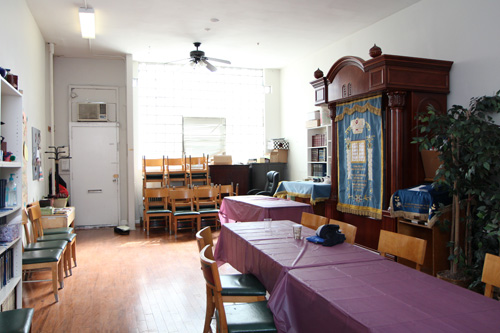 Photo by Nancy A. Ruhling
The Chabad is supported by donations.

Neither had ever dated before, but they didn’t need to. Four months later, they were man and wife. For the first five years of their marriage, Zev worked in the secular world, first as an art seller then with a commercial mortgage firm. Rivka continued teaching.

But they longed to be of service to the Jewish community.

“We didn’t just want to study, we wanted to do,” Zev says.

Zev is standing in the main room of the Chabad. It’s a down-to-earth space: The folding tables that host the Shabbat dinners are lovingly draped with lavender plastic tablecloths, and the hand-me-down chairs are stacked in front of the glass-block front window whose center is covered with cock-eyed blinds. 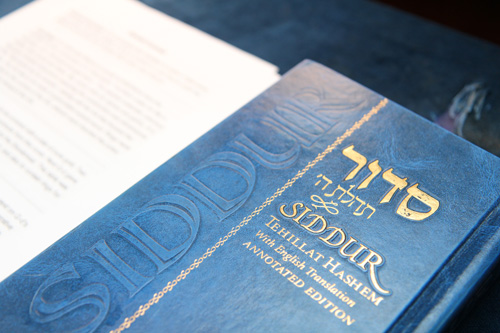 Photo by Nancy A. Ruhling
The Siddur, the Jewish book of prayer.

The hospital-white walls serve as a pseudo gallery for students’ artwork and as a backdrop for a forest of faux ficus trees crowded into a corner. The only substantial piece of furniture is an elaborate armoire-like floor-to-ceiling cabinet called an ark that came from a closing synagogue. Its massive combination safe keeps the sacred torahs safe.

Zev and Rivka divide their diverse duties. They rise with the sun and sleep when they are too tired to do more.

It is Zev who drives the five children — ages 9 ½, 7 ½, 5 ½, 3 ½ and 1 — to school in Crown Heights. He spends most of his time meeting with members of the community, ministering to hospital patients and inmates and the aged, and raising money to keep the center, which is funded by donations, open.

For her part, Rivka puts her own house in order before she turns her energy to program planning for the Chabad. 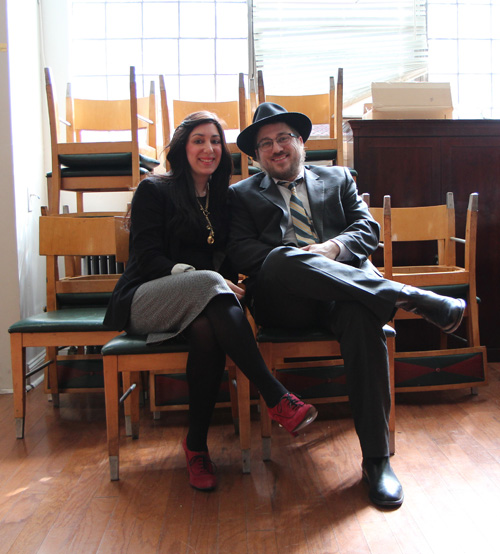 Photo by Nancy A. Ruhling
Zev and Rivka consider the Chabad a family project.

“I make sure that our kids are 100 percent taken care of,” she says. “They should feel they are first, not second. They are our partners. We chose to do this as a family.”

The Chabad is open to all segments of the Jewish population and to all who have an interest in learning about Judaism.

“We focus on what’s common, not what’s different,” Zev says.

Adds Rivka, “It’s the brotherhood we give to each other.” 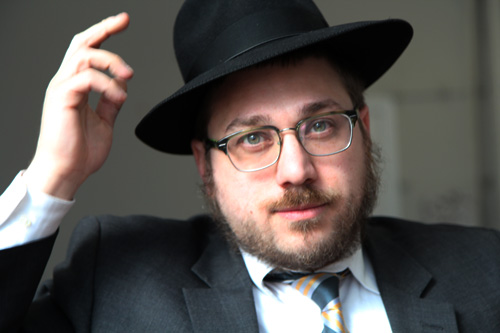 Photo by Nancy A. Ruhling
Zev has a zest for life and helping others.

Soon, they hope to buy a bigger space for the Chabad, which serves more than 50 families.

“There’s much work to be done,” Zev says as Rivka nods in agreement. “We’re taking it step by step and responding to the needs of the community.”