She had to work late last night and didn’t get to bed until after 2 a.m. So it’s coffee that Joanna Psoroyannis goes in search of. That, she hopes, will open her doe-like mocha eyes.

Model tall, she’s a Greek goddess cloaked in black from the top of her turtleneck to the toes of her knee-high leather boots.

She takes up coffee cup and settles into the sofa that faces her flat-screen TV, wrapping her lithe, long legs under her with the ease of a ballerina.

Her bookshelves hold ragged paperback copies of Anne Rice’s vampire novels and serious art tomes and just about everything in between. 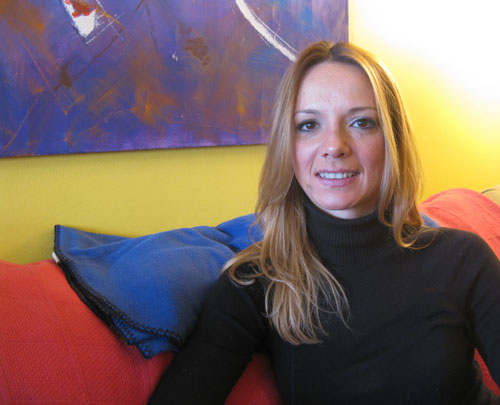 Photo by Nancy A. Ruhling
Joanna, the events planner.

Staying up all hours comes with the business. Joanna’s a freelance production assistant/manager who is called upon to help put on concerts, fashion shows, product launches and private parties.

“I love my work even though the hours can be insane,” she says. “You’re working against the clock until the countdown so you don’t know whether it’s day or night. But it’s worth it because when the event opens, you feel the same level of excitement as the audience. It’s a great moment.”

Although she was born in New York City, Joanna is deeply rooted in Greece, the home country of her father. Her mother’s people came over with the Pilgrims, and she spent her childhood moving back and forth between the contradictory cultures of Athens and Manhattan. 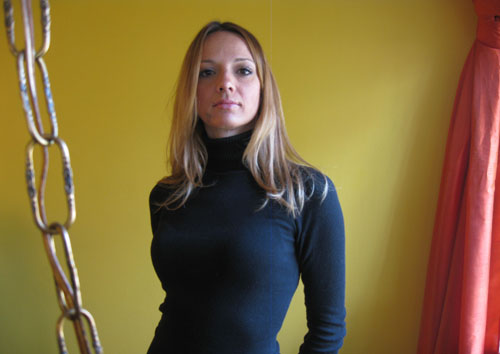 Photo by Nancy A. Ruhling
Joanna’s life revolves around Athens and New York.

“Yes, it was hard leaving friends and schools, but I didn’t know any different because I was a child, and I accepted it,” she says. “I met people from all walks of life. I learned not to judge people, to make friends easily and to be very flexible. And I developed a lifelong love of travel.”

Her parents divorced when she was 10. “I remember that I tried to get my grandparents to intercede,” she says. “But I realize now that it was the best thing because they were very different individuals. They were trying to make it work for my sake.”

By the time she was 20, Joanna had arrived in Astoria with only her dreams and a couple of suitcases. She had started college in Greece and then enrolled at New York University, where she planned to pursue a fine-arts degree.

“My parents didn’t have the money to send me to college,” she says. “It was my decision to return to New York because I knew that work experience here, even briefly, counts volumes in the rest of the world. I worked as a cocktail waitress and bartender.” 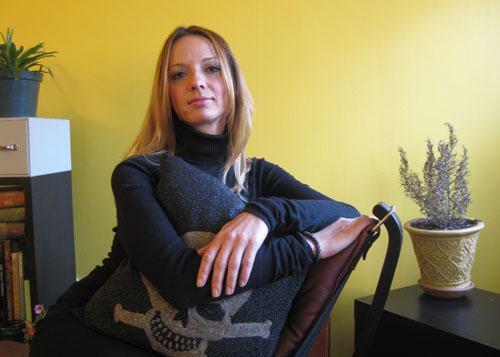 Photo by Nancy A. Ruhling
Joanna’s a student of life.

Soon, she was working more than she was studying, so halfway through, she left her books behind.

“It didn’t make sense to stay,” she says. “I was down to one class a semester. I had too much respect for the educational process to continue at that pace.”

The job she took working for a company that brought Greek concerts to America seemed made for her, and that might have been where she stayed had fate not had other plans for her future.

All the on-deadline pressure of her job had gotten to her, and three years ago, she decided to take a breather. She took two months off, and just when she was finding herself, her father became ill.

She rushed to Athens to take care of him. She thought she was going to stay a couple of weeks. It was several months before he was out of harm’s way and she was able to return. 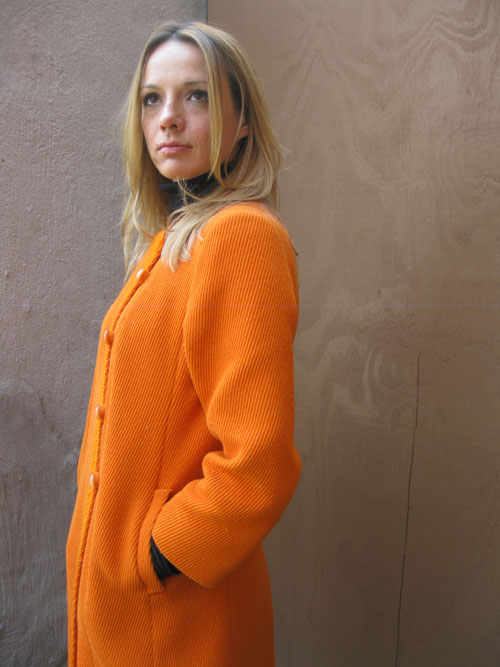 Photo by Nancy A. Ruhling
Joanna has a flair for fashion.

What she came back to was a recession that, fortunately, has forced her to freelance.

She wouldn’t have it any other way. Still, there are things she wants to do. Someday, she’d like to finish her college degree, simply for the sake of knowledge. 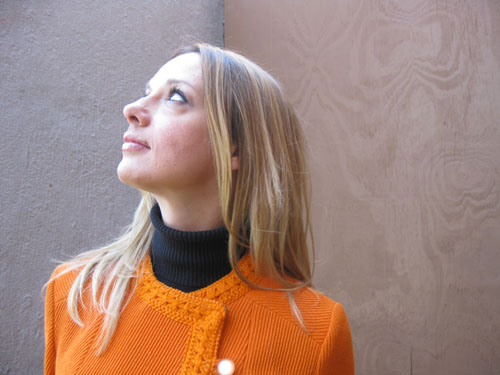 Photo by Nancy A. Ruhling
Someday, Joanna may return to college.

But in the meantime, the shows must go on, and Joanna will be there to see that they proceed without a hitch.

“My work is a balance between creativity and business,” she says. “It’s a nice mix; it brings out the best in me.”

She sets down her empty coffee cup and gets ready to greet the day.