On the Near West Side of Chicago, there used to be an annual saint’s feast on the grounds of a Roman Catholic church.

It was the early 1960s, and Josephine Traversa, the baby of the four-child family, was only 3 or 4.

She and her mother were standing in a big, sprawling lot when a plane roared overhead. Her mother looked up at the sky and told Josephine that the family had come to America from Italy on just such a jet.

“Was I on it?” Josephine asked innocently. 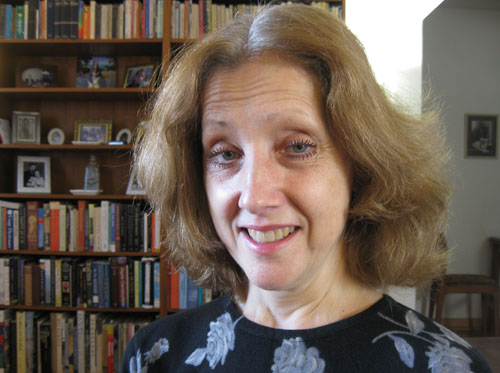 Photo by Nancy A. Ruhling
Josephine is U.S.-born, but Italian was her first language.

“No,” her mother replied. “You were born a year later.”

Tears welled up in Josephine’s eyes. “How come I wasn’t with you? I want to be on the plane with you.”

Josephine’s remarkable recollection takes on added meaning when she adds that this conversation was conducted in Italian, not English.

Although Josephine doesn’t know what her first spoken word was, she knows it was uttered in Italian. Her parents, Ferdinando and Maria, arrived in America from a small village outside of Trieste in 1956. Tailors, they came with an old foot-powered Singer sewing machine and three teenage children. Josephine wouldn’t make her appearance until the following year. 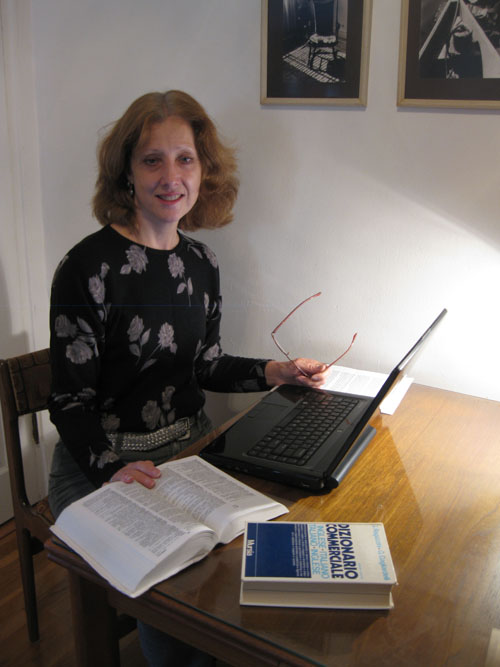 Photo by Nancy A. Ruhling
Josephine often works at her dining room table.

“I was an afterthought,” says Josephine, a vivacious woman with a sparkling smile and deep-set blue eyes framed by lavishly long ink-black lashes. “I’m 12 years younger than my sister, who was the baby until I arrived.”

Growing up, Italian was Josephine’s first language; that’s mostly what her siblings and parents spoke. It was the kids in her working-class neighborhood who schooled her in English. Later, she picked up Spanish, a cinch, she says, because it’s a first cousin to Italian.

Suffice it to say that Josephine spent a lot of time shifting English to Italian for her family members, which is probably why she ended up making her career in translation and interpretation.

“If it’s aural, it’s called interpretation,” she says, setting up her laptop and Italian-to-English dictionaries on her vintage teak dining table. “If it’s the written word, it’s translation.” 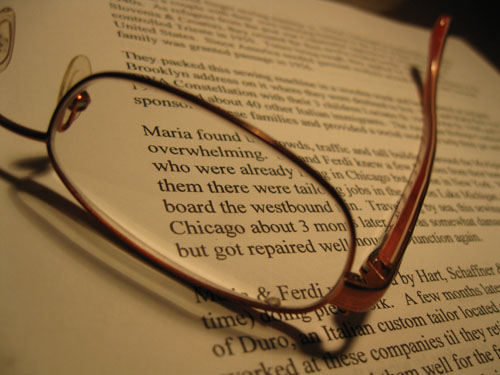 Photo by Nancy A. Ruhling
Josephine researched the family history.

Chewie, her black-and-white cat, comes padding into the room. “She and I speak Cat-alian to each other,” Josephine says and laughs.

Josephine may be speaking English, but her house has a pronounced Italian accent. The tiles in the renovated bathroom are from Italy as is the retro-style upholstery fabric on the dining room chairs.

Her collection of cappuccino cups is displayed behind glass in the sideboard, and on the wall there’s a framed watercolor of an Italian village her uncle executed as a teenager in 1928. 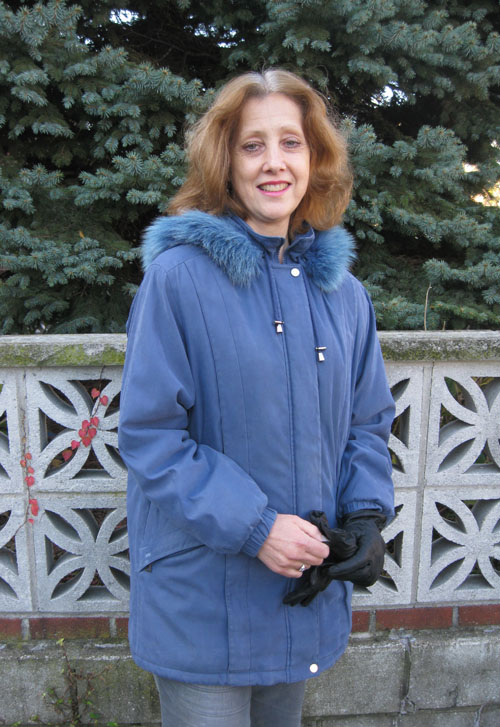 Photo by Nancy A. Ruhling
Through her work, Josephine meets a variety of people.

On the contrary, Josephine, who graduated from the University of Illinois, majored in America’s native tongue, English. And after writing for the college paper, she had her heart set on being a journalist.

She moved to New York, where her brother was living, and took a series of jobs. To earn extra money, she started doing translations. Soon, foreign nouns and verbs became her life’s work.

Most of her freelance work comes from law firms, which need someone to interpret during depositions. Josephine has been on hand to cover everything from personal-injury cases regarding contractors who fell off scaffolding to big-money white-collar crimes involving CFOs. 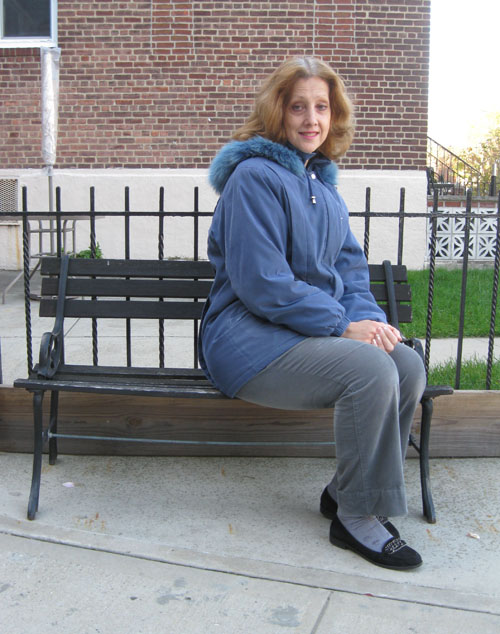 Photo by Nancy A. Ruhling
Josephine is teaching her son Italian.

One of her more unusual cases occurred a decade ago when she was called in to interpret in an inheritance case. There was quite a bit of money involved, and one of the parties, a young man, was born of an incestuous rape. He had been raised to believe that his biological mother was his sister and that his grandmother was his mother. When the secret finally came out, it prompted the suit.

“It was really weird,” Josephine says. “I’ll never forget it.”

More recently, she’s been translating testimony from a reputed mob boss who apparently is trying to make a clean breast of things before he leaves this world.

“I love doing this because I get to meet people from so many walks of life,” she says.

It was while she was at one of her jobs that she met her husband. When they married in 1995, Josephine made her own silk and beaded wedding gown, whose top was Italian lace.

They moved into her parents’ two-family house in Astoria. After her parents’ deaths, they bought their own house a couple of years ago. 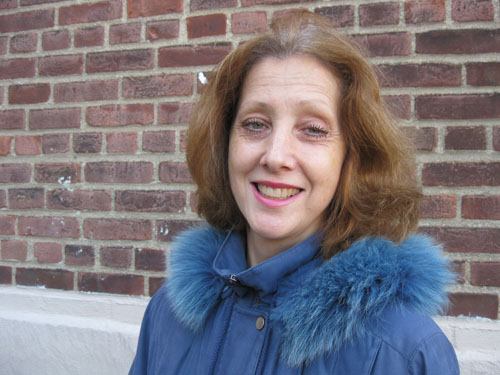 Photo by Nancy A. Ruhling
Josephine loves her work.

“I couldn’t live in my parents’ house any more,” Josephine says. “It was too sad for me.”

Josephine, who has a passion for all things Italian, is working to keep the Italian language alive in her family; Stewart made it a point to learn it so he could communicate with her parents. And they’ve taught Joshua as much as they can.

“Joshua isn’t fluent, but it has helped him in his Spanish class,” Josephine says. “Since my mother died, I don’t speak Italian as much on a daily basis.”

She sighs. Her grief doesn’t need any translation.