Listen. It’s what you don’t hear that makes the biggest sound. There’s no background music playing in Laura Dadap‘s apartment.

This is something to take note of because Laura’s life, even before she made her grand entrance squeezed between a bass clef and a treble clef, is centered on music.

Laura’s parents are classical musicians, and her dad was conducting an orchestra rehearsal in Flushing when her mother went into labor a quarter century ago. 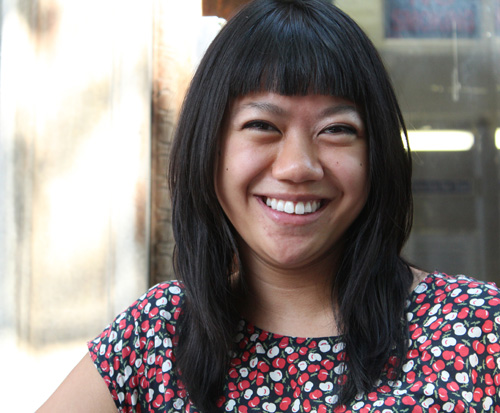 Photo by Nancy A. Ruhling
Laura’s birth stopped the music.

“There was a line of people from the orchestra to the pay phone who were giving him updates on my mother’s condition,” Laura says. “He almost missed me because I came so quickly; he was upset because he had to end the playing on a dominant chord.”

Laura, whose little-girl looks are accented by a fringe of bowl-cut black bangs, says this as if it’s the most natural thing in the world; she even thinks it’s a funny, fond memory. 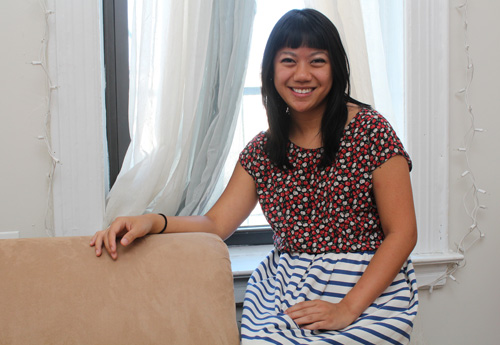 Photo by Nancy A. Ruhling
Laura learned her scales at The Children’s Orchestra Society.

Laura and her older brother, who grew up in Fresh Meadows, learned to play musical instruments practically before they could walk or talk. Laura started on violin, and at the tender age of 4, she joined The Children’s Orchestra Society, the nonprofit founded by her grandfather in 1962 to teach what it calls “the language of music” to kids.

“People in school used to kid me because I didn’t watch TV or go to movies or know the lyrics to popular songs,” Laura says. “My childhood was spent making music with my family, and my brother and I have always been extremely close because we had the world of music to ourselves. My parents and I still play together.” 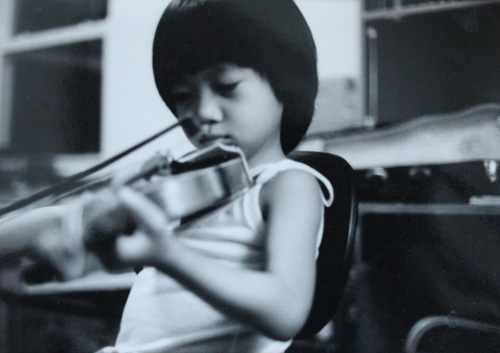 Photo by Nancy A. Ruhling
At 3, Laura was fiddling around on the violin.

Laura wouldn’t have wanted it any other way. “I remember asking my father to put ballets on the record player,” she says. “I put a lace hanky on my head and jumped around the house to the music. And he encouraged me to write my own songs, which I did. He still has my recordings of them.”

Laura wasn’t one of those kids who were forced to practice for hours; she scaled her scales in a half hour each day, supervised by her mother. Eventually, she began playing the piano then the cello, which became part of her heart and soul. The callouses on her hands were more from the monkey bars she climbed in the park than from the strings of her instrument.

“Being involved in music brought out all the arts for me,” she says. “When I listen to a concert, I see colors.” 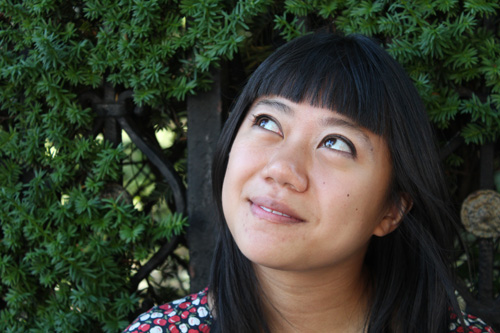 But despite her passion for playing, something that she couldn’t quite voice was missing.

“By the time I was 13 or 14, all I wanted to do was sing,” she says, adding that her dad taught her the folk songs she sang to the strumming of his guitar. “I already knew how to communicate through my instruments, but I didn’t know how to use my voice as an instrument.”

She went to Fiorello H. LaGuardia High School of Music & Art and Performing Arts, where she was a vocal major. She found her voice at Emerson College in Boston, where she fell head over heels for musicals and earned a bachelor’s degree in acting. 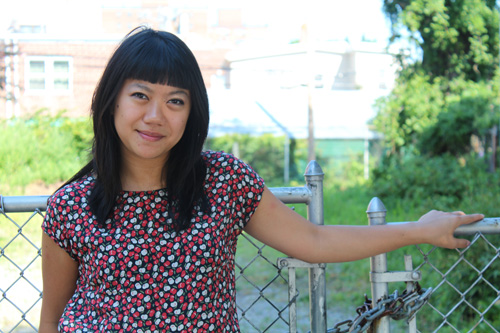 Photo by Nancy A. Ruhling
Since her teens, Laura as made her voice her main instrument.

“Being a musician, you have chords, melody and the color of music to rely on,” she says. “As an actor, it’s all on you, even though you’re speaking someone else’s words.”

After she graduated from college, she got a part in the Nickelodeon musical Dora the Explorer, which went on a nine-month national tour. Then, she spent two months in Israel as a cast member of Voca People. 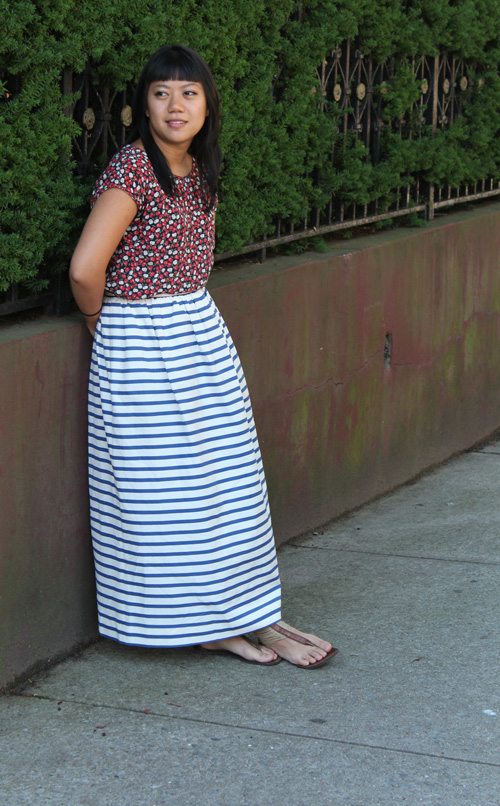 Photo by Nancy A. Ruhling
Laura’s latest focus is on writing original material.

“For me, writing is the missing piece, the glue that brings everything together,” she says. “It’s as if I’ve been traveling and putting all the elements in a suitcase ready to be opened. Because I started with the roots of music — classical — now I like everything. I’m a mezzo-soprano, so I tend to like works that are in my vocal range.”

When she’s not at her full-time job — she works in a retail store — she and her boyfriend play in the American indie rock band Aunt Ange. 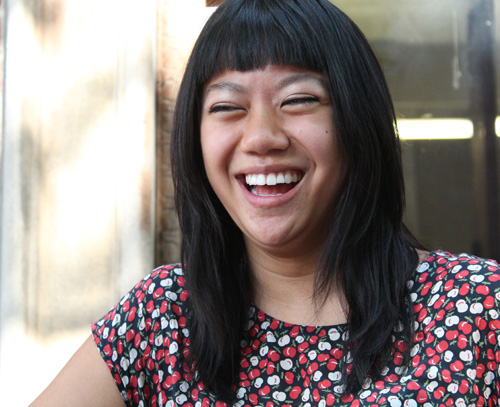 Photo by Nancy A. Ruhling
By entertaining, Laura wants to make people happy.

Laura doesn’t know where her music will lead her, but she’s more than willing to follow its lead.

“I want to make people happy with what I can give them,” she says. “I hope I’ve found my voice.”