The top of the black upright piano is crowded with framed photographs of a cute little boy with big beautiful eyes.

Aly Lizardo walks past its dark corner into the light of the living room, where she settles into her spot, the overstuffed chaise longue.

The little boy — her little boy, the one everyone calls Peter — isn’t here. When she says his name, she puts on a brave face, but there’s a catch in her voice.

Peter, you see, isn’t ever coming back home. While she’s here, he’s in the Hudson Valley, living in a residential boarding school for autistic children. 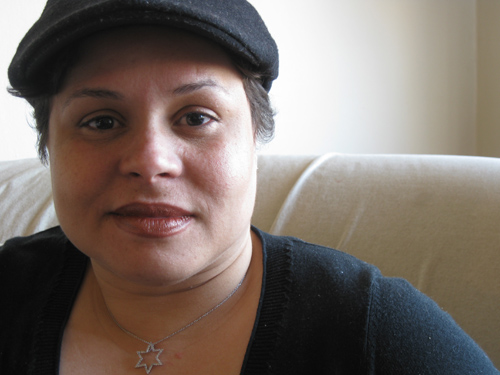 Photo by Nancy A. Ruhling
Aly is single mom to Peter, who is autistic.

“I spend every other weekend with him,” she says. “It takes me two hours to drive there; it takes the rest of the world one and half hours, but I always stop along the way to look at the horses.”

Aly — her parents named her Arelis; Aly is what she calls her stage name — makes her living in real estate and lives her life as a single mom.

The mother of 15-year-old Peter is a short, Rubenesque woman who has more curves than calligraphy. She likes to play the part of a tough guy. Her close-cropped black hair tucked into a hooligan hat, she faces the world square on and dares it to do battle with her.

“It’s very hard not to have Peter here with me,” she says, dabbing tears from the deep eyes that keep welling up despite her willing them to stop. 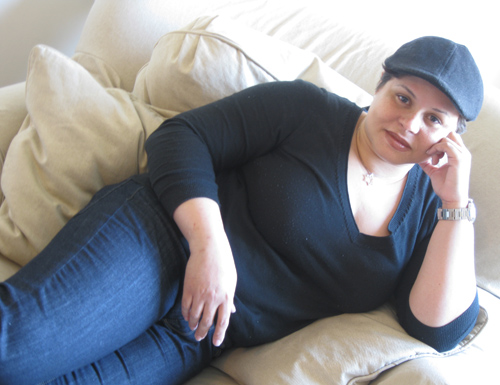 Photo by Nancy A. Ruhling
Aly makes her living as a real estate agent.

Although Aly never got a college degree, she got educated in the ways of the world at an early age. She speaks Spanish, Italian, English and enough Greek to get by, and when she says “educated,” she spaces the word out — ed-u-cat-ed — and throws all the accents onto the wrong syllables, mocking her street smarts with an unsophisticated pronunciation that’s pure genius.

If she has a special son, she’s also a special mother. She never knew her own mother, but she didn’t know this until she was in her teens. She grew up in the Dominican Republic, with a mother and father she thought were her own.

“It turned out my father had had an affair with a young girl,” she says. “The woman I called my mother had had several miscarriages so when the maid told her of a relative who was having a baby, she jumped at the change to adopt me. On the day of my christening, my father confessed to my grandmother and godmother that I was his real daughter and that he had had the maid make up the story. His wife, the woman I consider my mother, didn’t find out until she fired the maid three years later.”

There were rumors about Aly’s origins, and when Aly asked about them, her parents stuck to their story. It didn’t much matter because when she was 10, the family moved to New York. After her mother’s divorce, the two headed back to the Dominican Republic, where they lived with Aly’s uncle. When he was transferred to Puerto Rico, they followed him, and when Aly turned 21, she and her mother returned to New York, settling in Astoria shortly afterward. 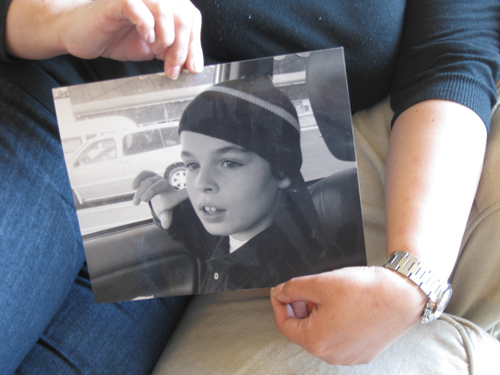 Photo by Nancy A. Ruhling
Aly with one of her favorite photos of Peter, when he was about 12.

She took a job at a Queens gym and started dating the manager, a former Armenian Orthodox priest two decades her senior. He also was a real estate broker.

“I thought he was a friend of God,” she says. “He also had a pinky ring, kind of like Tony Soprano.”

Three months later, she had her real estate license and a baby on the way. The pregnancy didn’t go well; Aly was placed on bed rest until the birth. Peter’s entry into her world was “the happiest moment of my life. I got 40 huge bouquets of flowers, and I was picked up at the hospital in the same limo Al Pacino used in Scent of a Woman.”

Her life with Peter’s father, however, “was a lot like that of Frida Kahlo and Diego Rivera,” Aly says. “I think of it as a fake Fendi bag.” 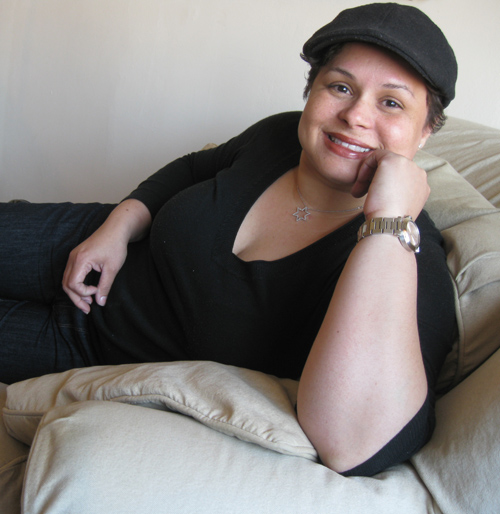 Photo by Nancy A. Ruhling
Aly misses Peter every minute of the day.

Almost from the start, Aly suspected there was something wrong with Peter. He was diagnosed with severe autism at age three, and Aly’s “whole world turned black.”

She and Peter’s father split, and Aly became a full-time real estate agent and more than a full-time mother. She fought to get Peter into a private school in Manhattan, which he attended until he was nine.

“The autism started making him get aggressive,” she says, adding that Peter cannot speak and “talks” to her through a handheld DynaVox communication device. “I took him on vacation, and he insisted on stopping at every McDonald’s on the road on the way home. When I didn’t stop, he started biting and beating me. That’s when I knew it was time to do something. I wanted to give him the chance to start living a better life.”

She did a lot of research, which led her to the Hudson Valley autism center. “I was told that it would take years to get him in it,” she says. “But I managed to do it in less than six months.” 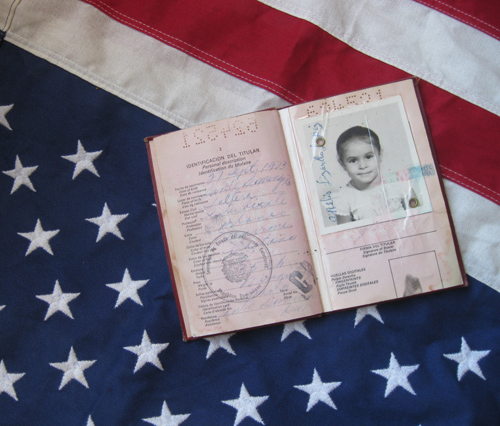 Photo by Nancy A. Ruhling
Aly’s original passport from 1973 on the flag she keeps in her office.

Once Peter was stabilized, she started working on her own life. A broken leg that required two surgeries and a year on crutches gave her a lot of time to think about what she wanted to do. Although she was raised a Catholic, she converted to Judaism.

Aly’s professional life has not been without its ups and downs. She’s been going it alone for most of her career, too, but when the real estate market fell apart in 2008, she was ready to call it quits.

“All my deals fell through,” she says. “I put all my stuff from my tiny office into my SUV and went to give the landlord the keys to the office. Instead, he asked me for my car keys and drove me back there and loaded all my stuff back into the space.” 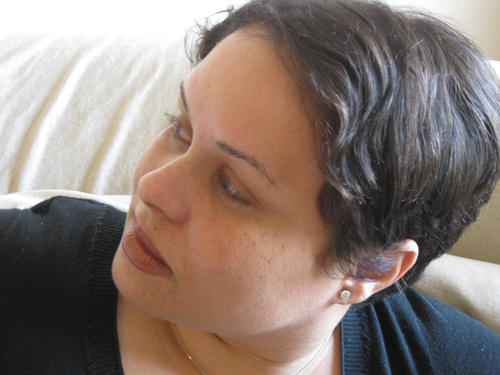 Photo by Nancy A. Ruhling
Aly’s made her way in the world by going solo.

Aly did survive; that’s what she does best. And she’ll continue to thrive regardless of what comes her way. “It’s been a struggle,” she says. “I live for my son, and it’s because of my love for him that I didn’t and will never give up.”

She wipes the tears from her eyes one last time, freshens her makeup and plants her hat snugly on her head.