OK, there’s no way that Francine and Laraine could ever be mistaken for twins, but at the same time nobody would ever deny that they are sisters.

Francine, the older, dresses a little more conservatively and her features are slightly more refined, but they both bask in the beauty of their perfectly coiffed, high-gloss raven-black tresses and their meticulous manicures. Laraine’s long nails are a flaming coral; Francine’s shorter ones are painted a demure metallic plumb. 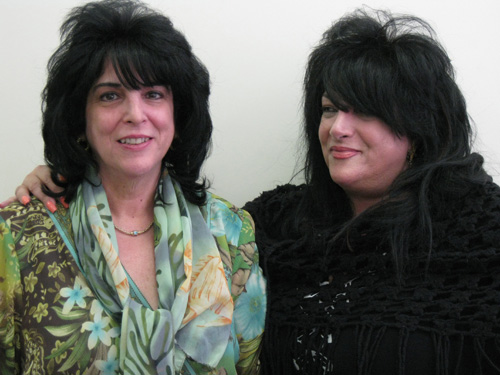 Photo by Nancy A. Ruhling
Sisters Francine, left, and Laraine have a lot of laughs working together.

Francine, president of Active Business Systems, a longtime Astoria repair shop for computers, printers and even the occasional typewriter, and her sister, the office Laraine-of-all trades, have been working together for four years, so some customers view them as interchangeable parts.

It wasn’t what they set out to do, and they didn’t plan it, but now that they’re together they wouldn’t have it any other way.

“Fran runs me,” Laraine says happily. “I don’t run anything. I’m here just to do what I can. It’s Fran’s business, and she and her business partner are the brains.”

Oh, you said Fran. Francine, would you rather be called Fran?

“No, she likes Francine,” says Laraine as Francine, at the same time, answers that she prefers to be Fran.

Laraine looks at her sister and says, “No, Fran, you like Francine; it’s like Elizabeth Taylor’s ‘don’t ever call me Liz.'”

Francine and Laraine grew up in Astoria and except for six years when Francine was living in Denver, they’ve never left. Their grandparents came to New York from Sicily and Naples, and their parents — a homemaker and a barber — lived in Astoria when much of the neighborhood was still farmland.

The sisters and their two brothers lived in a house on 36th Street and 21st Avenue, two blocks from the Steinway piano factory; the family still owns the home.

“At that time, the neighborhood was mostly Italian,” Francine says. “The Greeks came later, and like all immigrant groups, they stuck together so we didn’t get to know them.”

The sisters went to all-girl Catholic schools. Francine was quite studious, while Laraine was quite social, so they balanced each other out. Francine earned a master’s degree in history and for a decade was a schoolteacher. “I thought it was such an illustrious profession,” she says.

Laraine had a serious boyfriend and was all set to get married straight out of high school. So she went to business school to become a secretary. “I never did marry him,” she says. “He was a serviceman. This was during the Vietnam War, and he was transferred.” 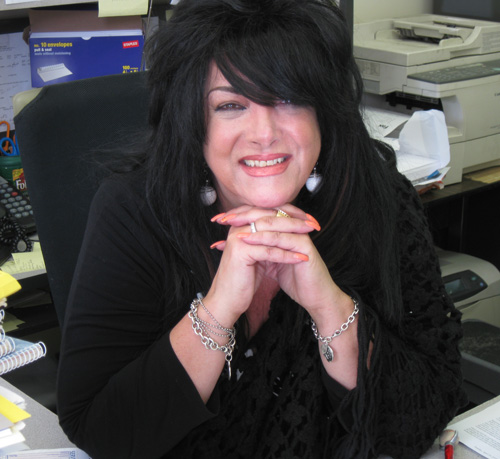 Photo by Nancy A. Ruhling
Laraine loves the world of business.

To Laraine’s surprise, she loved business school, and after graduation she got a job working for The New Yorker.

“It was a nightmare,” she says. “It was my first job, and I hadn’t ever applied anything I had learned in school. Every night, I cried at my desk, but everyone told me I had to stay for a year or it wouldn’t look good on my resume. So a year to the day, I called in from my vacation and resigned.”

Francine got married, and when her husband was transferred, she moved to Denver for six years. She came back to Astoria after her divorce and worked as a real estate agent for a while. “Then I went on a blind date,” she says. “Someone I knew had given him my phone number as a birthday gift.”

After they married, she eventually began working with him at his company, Active Business Systems. Eleven years ago, when he died, she took over, and four years ago, Laraine joined her after one of her longtime employees retired.

“People told me I wouldn’t be happy working with my sister, but we get along fine,” Laraine says as Francine beams in agreement.

Active Business Systems, a five-person company with a virtual workforce of freelancers who handle out-of-area service calls, has clients in the all the boroughs and accounts around the country. For 30 years, its office was on 30th Avenue at 35th Street. It was only last year that it moved to its address near Mount Sinai Hospital of Queens.

It’s one of those places that you’d never know was there unless you know it’s there. Inside, it’s big enough only for two desks — one for Francine and one for Laraine — and a narrow aisle that leads to a workbench in back. Employees make repairs in clients’ offices, not here. 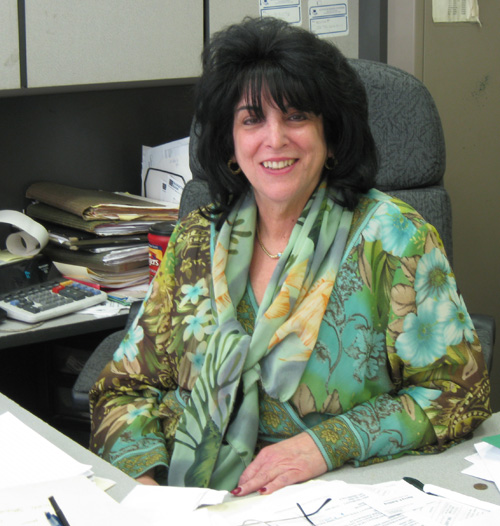 Photo by Nancy A. Ruhling
Francine is the brains behind ABS.

“It’s a struggle running a small business,” Francine says. “We want to expand to be a national servicer, but we don’t want to lose the personal service we are known for.”

ABS, as Active Business Systems is called for short, is open six days a week, and Francine is on call 24/7. “I have all the calls forwarded,” she says. “One time, a client called me at 5 a.m. I was in bed, but I answered.”

Laraine and Francine have second jobs: Their mother and disabled brother live in Francine’s duplex, which is 10 blocks from their childhood home, and they help her take care of him.

When they’re not in the office, the sisters usually spend their free time together. “We have the same friends,” Laraine says. “We go to the movies, we go out to eat, we go to shows, and we go to the free concerts in Astoria Park.”

When they were growing up, it was cool to quit Astoria, but Francine and Laraine are happy they stayed. “Now, it’s very fashionable to live here,” Francine says.

Laraine agrees, adding that “we thought about selling our childhood home, but I couldn’t bear the idea of walking by and seeing someone else living there. We kept it and rent it out.”