It’s been a long time since Yulia Lopshitz has talked about any of this, and it makes her think she’s been to see a shrink. She’s a pianist, and thus far, she’s gotten through every day of her life simply by playing the scales. Her mind on autopilot, she hits the notes by rote, so nothing hurts.

She was little more than 5 when she first felt the ebonies and ivories. This was an easy thing to do because her family possessed a piano. It was crammed into the one-room apartment in Moscow where she, her parents and her two siblings arranged their cots around their other significant piece of furniture, a round table. 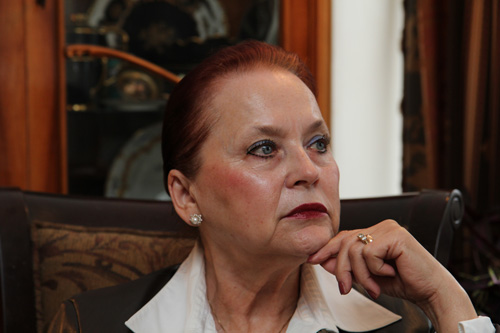 Photo by Nancy A. Ruhling
Yulia came to America late in life.

Her father was a well-known player in the Bolshoi Symphony Orchestra, so it was natural for Yulia’s fingers to follow his.

“He had a dream to create a family trio,” she says. “But I was the only one who became a professional musician.”

Yulia is an elegant, erudite woman, what the Victorians would have called a white-glove lady. Her classical features are sculpted in alabaster, her lips are scarlet and her angel-fine hair, the color of a shiny, new penny, is swept back in a librarian’s buttoned-up bun. 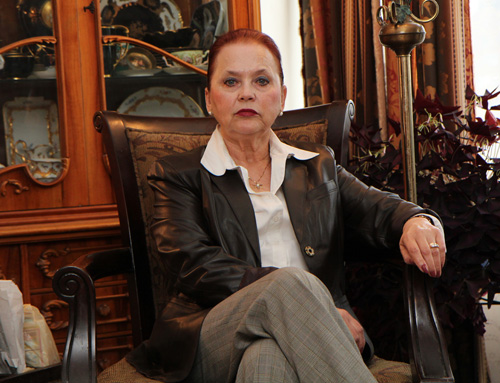 Photo by Nancy A. Ruhling
Yulia grew up in Moscow.

Her parents sent her to a music school for gifted children. During that time, the Soviet Union — and her parents — flourished. When Yulia was 9, the family, which now numbered six, secured Moscow’s version of a Park Avenue apartment.

“Moscow was small in those days,” she says. “The intelligencia lived in the center of the city, and our neighbors in the building were famous artists and professors.”

The antique clock atop the piano chimes, and Yulia, as if awakening from a trance, remembers the dark days of her old country.

“Russia has a very painful history,” she says. “Everything was controlled. You couldn’t even travel, and you couldn’t trust the government.” 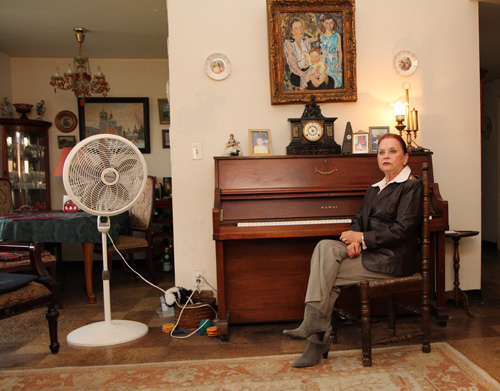 Photo by Nancy A. Ruhling
She had her first piano lesson at 5.

Yulia, a shy, sheltered child who spent nearly all of her time practicing piano, continued her musical studies at college. Higher education was free, but it came at a high price: Graduates were required to work in government-declared shortage fields. In Yulia’s case, that meant becoming a music teacher, which she didn’t really mind.

“When I was little, I used to get stage fright, but when I discovered choral conducting in college, I discovered that it was an amazing instrument,” she says. “And it worked because I could turn my back to the audience.”

By the time she finished her mandatory three-year teaching stint, she had a master’s degree in music, a husband and an infant daughter. Ultimately, circumstances forced her to cease her career. 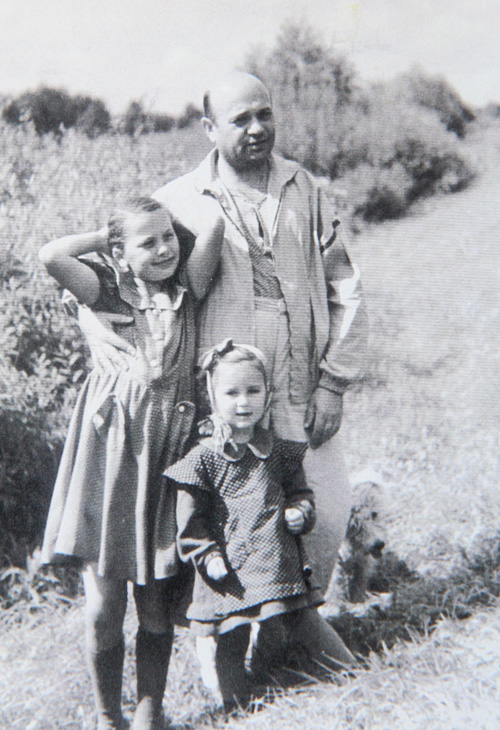 Photo by Nancy A. Ruhling
Yulia, about age 9, with her father and youngest sister.

“My child was my priority,” she says, “and my father-in-law, who had a heart condition, moved in with us so I could take care of him.”

She says this without bitterness because it really would not have mattered. In those days, women didn’t have many rights, and female choral directors, which is what she dreamed of being, were unheard of.

But by the late 1960s and early 1970s, sounds of change were ringing loud and clear. Dissidents were rising up and leaving the land. 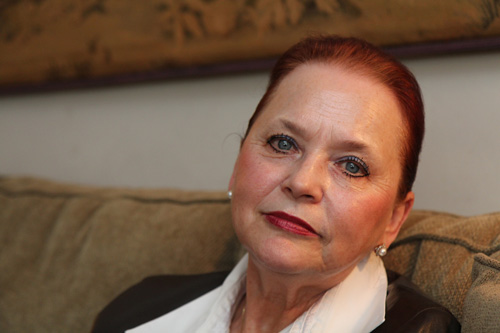 Photo by Nancy A. Ruhling
She was only allowed to bring $2,000 with her from Moscow.

Emigrating was not done lightly: Residents were stripped of citizenship and their possessions.

But for Yulia and her family, there were further repercussions. Shortly after they applied to leave, in 1979, the Soviet war in Afghanistan began, and on one was allowed to go.

“We became refuseniks,” Yulia says. “That’s the term they used for people who got stuck in the Soviet Union. We were considered disloyal. We lost our jobs and many of our friends. In effect, we went into hiding.” 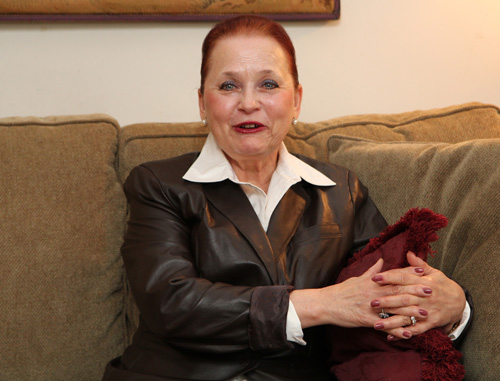 Eventually, Yulia got a job as a choral director at a school, and her husband took over his father’s furrier business. They had a second child, a son.

“A decade later, we were allowed to go,” she says. “We gave up everything and decided to come with only $2,000 because we were concerned they would not forgive our children for what we had done.”

After looking for six months, Yulia got a job in an elementary school as a paraprofessional and 16 years ago began working as a music teacher at P.S. 20 in Flushing. 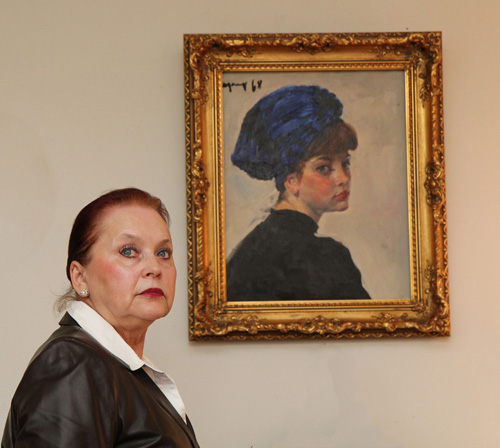 Photo by Nancy A. Ruhling
Yulia poses with a portrait Igor Radoman painted of her.

The day she claimed her American citizenship was “exciting, overwhelming and sweet,” she says. “The road to this event was long and tough and full of obstacles and sacrifices. Our family is a success story, which wouldn’t be possible if not for our hard work, perseverance, togetherness and love for one another.”

If she had to live her life over again, she wouldn’t change a thing.

“I have no regrets,” she says. “Even if they paid me millions to go back, I wouldn’t. I miss the simple life of my childhood, but it’s different now. After 10 years, we went back to visit, and we were like tourists.”

She’ perfectly happy where she is, allowing children to hear the beauty of music that has led her through life’s high and low notes.

“My job is inspirational and fulfilling,” she says. “Through the years, I have seriously impacted hundreds of lives.”