“Would you mind if I make breakfast?” 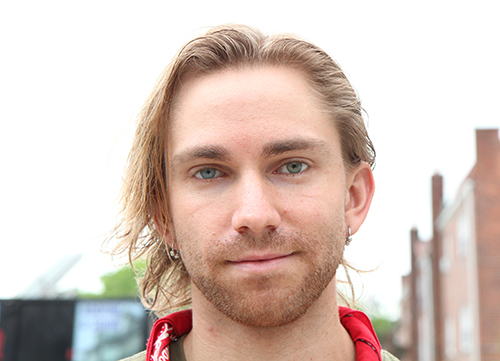 Photo by Nancy A. Ruhling
Alec plays Kris in The Crusade of Connor Stephens.

Alec Shaw, who is walking around the kitchen in his bare feet, cracks a couple of free-range brown eggs into the skillet.

As they are cooking in coconut oil, he slices four sweet potatoes into circles and plops them, along with a handful of spinach and arugula, into a pan, where he sautés them in olive oil.

When the eggs are almost done, he adds mushrooms and avocado then piles everything into a mountain on a black dinner plate.

There aren’t many places to sit in his barely furnished third-floor walkup. 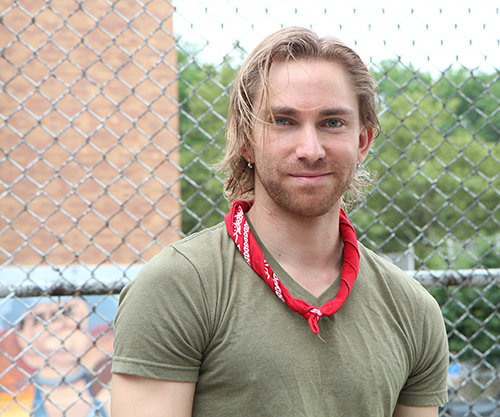 Photo by Nancy A. Ruhling
Alec is from South Carolina.

It’s too dangerous to juggle the food on the squishy sofa, which is a cross between a beanbag and a futon, so he makes the hardwood floor his temporary table.

He opens a large jar of pink Himalayan sea salt, his go-to condiment, and sprinkles it on the eggs.

Alec’s roommate worked the late shift last night and is still in bed. Let’s try to be quiet, please.

Alec, blue-eyed (OK, his left one is green) and blonde (OK, his hair is sun-streaked) and too handsome to be a real person, is an actor. 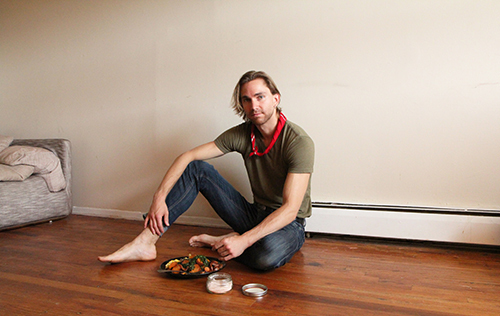 Chances are you’ve seen him not only around the neighborhood, where he has lived for a year, but also on the stage or the screen.

He’s pretty much had steady roles, including in four Off-Broadway productions, since he settled in New York City four years ago.

Now, you can catch him playing Kris in the Off-Broadway production of The Crusade of Connor Stephens.

When Alec was growing up in Columbia, the capital of South Carolina, acting wasn’t much on his mind. 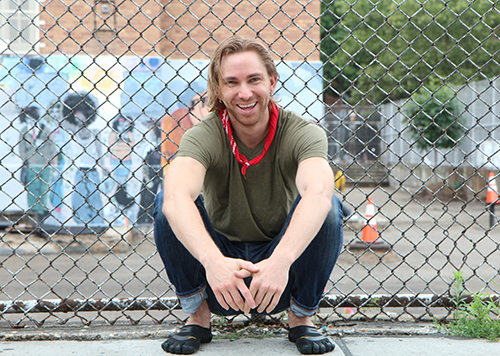 Photo by Nancy A. Ruhling
He’s had steady work since moving to NYC.

Sure, he does have an aunt who moved to New York City and made a living acting in soap operas, but he was too young for her career to make much of an impression on him. (She has since moved back to Columbia to write novels.)

And, yes, his Great-Aunt Faye is an actress. You may have heard of her. Her last name is Dunaway.

“She’s my first cousin removed by two generations,” Alec says. “I just met her for the first time recently at Easter dinner, so she hasn’t been much of an influence.”

It was the mundane experience of high school that put Alec at center stage.

“I was getting into trouble so I transferred to another school to study photojournalism,” he says.

Fate – and the lack of a fire engine-red mohawk – got him his first role.

“I had just shaved my head,” he says. “The school was doing Cabaret, and they asked me to try out because of how I looked. I had a crush on a girl who was in it, and when I found out everyone was going to be dancing in their underwear, I got more interested.”

For the record, Alec fell head-over-heels in love with the muse, not the girl, and joined the drama department.

So instead of going straight to college, he took a year off to hone his skills in Columbia’s only professional theater. 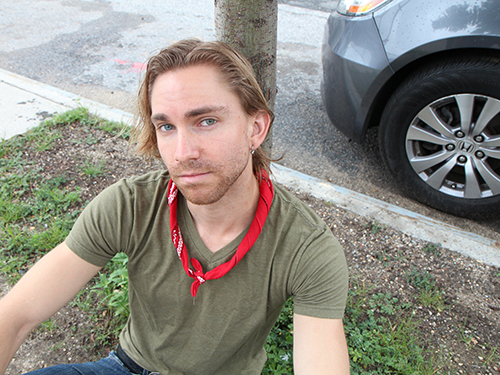 Photo by Nancy A. Ruhling
Alec is a country boy.

After earning a degree in acting from the University of North Carolina School of the Arts in 2013, Alec headed to Los Angeles.

His passion for Broadway led him to New York.

For Alec, acting is far more than mere entertainment. It is, he says, about finding the truth of the story being told and elevating it to the highest level.

“That has become a mission to me,” he says. “I want to be an artist who can paint a picture of what humans can be instead of holding up a mirror and showing them what they are.” 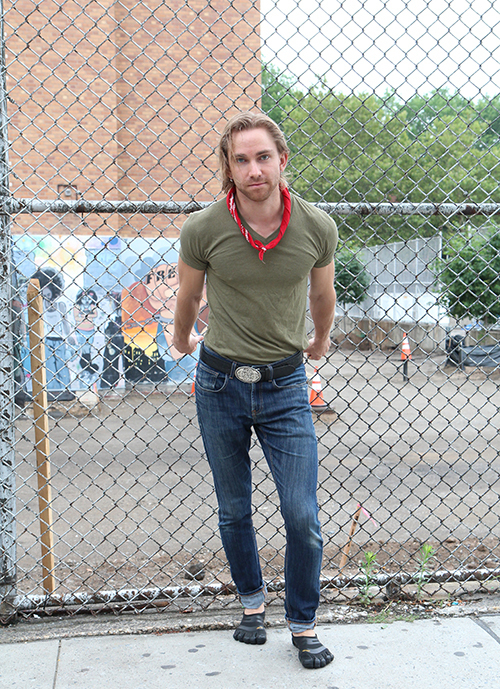 Photo by Nancy A. Ruhling
Alec recently wrote a play.

Theater is not the only artistic endeavor he’s interested in, and that’s a good thing because these days, Broadway isn’t easy to break into unless you already are a TV or film star.

That’s why, between stage appearances, Alec is shooting an independent film and is workshopping a one-act play he wrote.

He doesn’t have much of a choice: His mind is exploding with ideas. 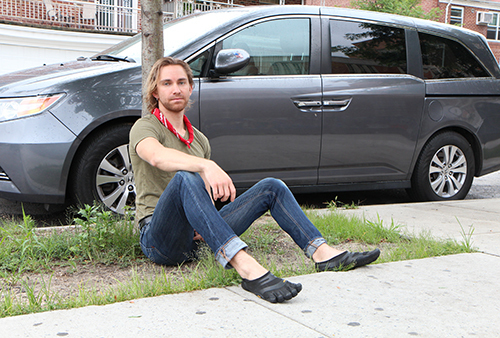 Photo by Nancy A. Ruhling
He’s also working on an independent film.

“When spontaneity and creativity occur,” he says. “It’s the same sensation as falling in love.”

Alec is a country boy at heart – and at feet. He loves rock climbing, hiking and long bike trips on the beach.

He’s not too keen on footwear, which is why he just bought a pair of five-fingered running shoes. They make him feel as though he’s barefoot on the sidewalk. 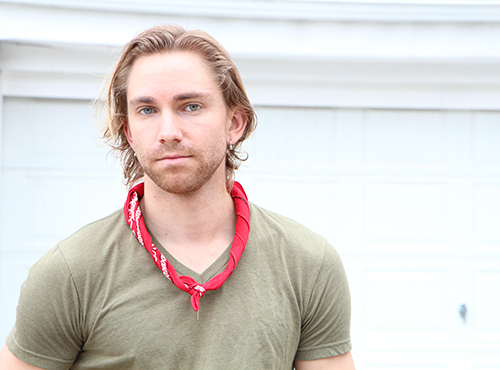 Photo by Nancy A. Ruhling
Grocery shopping in the morning, on stage at night.

Alec views his career as an exciting, open-ended plot.

“Things may not play out exactly as I envision them simply because I don’t think I can imagine all the great things that can happen,” he says. “I have clear visions and goals and room for hopes and expectations to get expounded upon in huge ways.”

This morning, though, he has to do the grocery shopping.

He won’t be on stage until this evening.