Please, whatever you do, don’t say “project.” 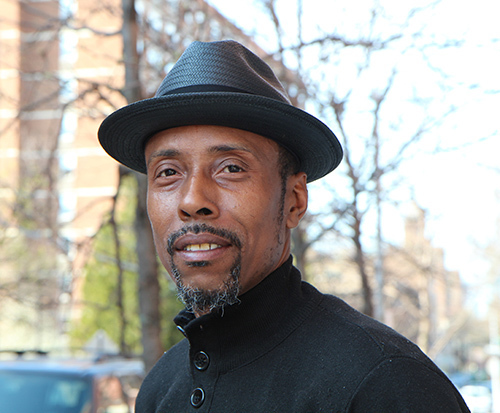 Photo by Nancy A. Ruhling
Andre’s the organizing director of Zone 126.

Andre T. Stith (that’s Smith with a T instead of an M, he says) doesn’t object to the word in and of itself.

He grew up in and lives in Astoria Houses.

He wants to make it as clear as a bright blue sky without clouds that it’s his home, not a housing project.

Project? What does that word mean anyway? 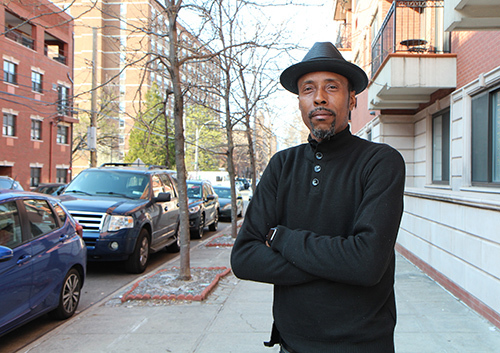 Photo by Nancy A. Ruhling
Andre grew up in and lives in Astoria Houses.

I’m not a project, he declares, I’m a person.

“If you have to call it something, call it a development,” he says. “I had a wonderful childhood there.”

As the organizing director of the nonprofit Zone 126, Andre is hyper-sensitive to negative neighborhood nomenclature.

He is charged with making sure that kids in high-poverty areas of Astoria and Long City graduate from high school and continue to college or trade school. 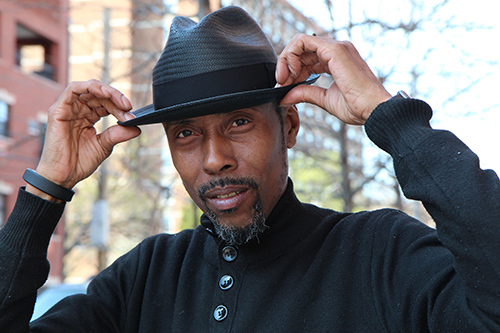 Photo by Nancy A. Ruhling
He’s a hat guy.

Andre, who is one of six children, didn’t get the chance to go to college.

He started working straight out of high school.

“I wanted to be an athlete or an entertainer because I loved to dance,” he says, adding that he never got around to learning to play a musical instrument or fixing a car like his daddy.

Andre is long and lean and limber as a willow tree. From the black straw trilby he sets at a dangerous angle on his head to his skinny black wingtips, he’s the guy you notice in a crowded room.

He is charming; his socks are rainbow-striped. 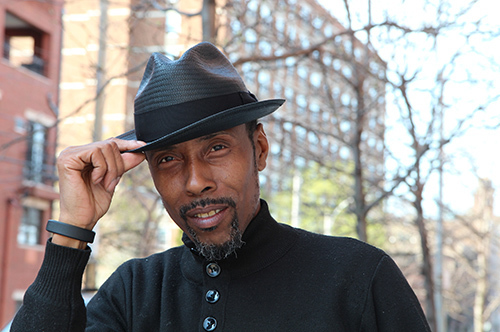 Photo by Nancy A. Ruhling
This is the way it’s supposed to look.

For a while, Andre worked with his mother at White Castle. Having a boss mom was harder than he thought, so he got a job installing windows in big buildings.

He never thought he would leave New York, but when one friend accidentally shot and killed another friend in a car Andre had exited an hour previously, he packed up his shock and grief and sent himself one-way to Atlanta, where he had an aunt.

“I arrived at night, and I was sitting on her front porch listening to the crickets,” he says. “I needed to detox from New York. And I thought: ‘Why did I do this?’ But the next day, the sun came out.”

For a year, he remodeled houses and made friends with a bunch of ex-New Yorkers, so he felt pretty much at home. 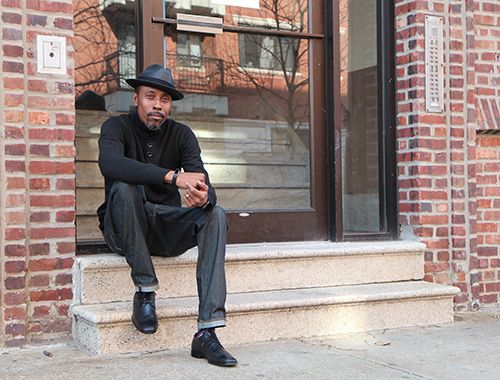 “I had no intention of coming back,” he says. “I came home for a New Year’s Eve party, and I stayed. I’m glad I did because I met my wife, Tina, here.”

She, too, was a resident of Astoria Houses, but they had never encountered each other.

“I was talking to her friend at a party when I noticed her,” he says. “I asked her to dance, and the rest is history.”

He brings up family photos on his computer: He points out four children and five grandchildren. 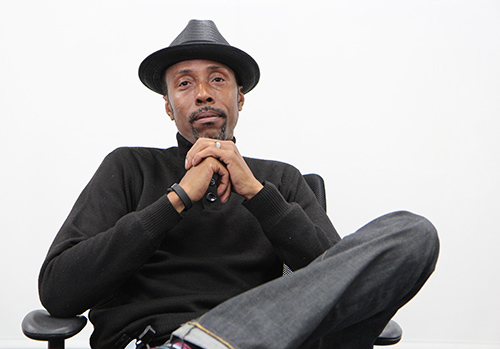 Photo by Nancy A. Ruhling
He lived in Atlanta for a year.

Andre, eager and smart, found work quickly. After repairing TV remotes, he headed a team of 19 people who set up audio-visual equipment for major meetings and big-time events.

A position with a lighting company took him out of his depression, and a TLC license transformed him into a personal chauffeur for Father Gregory Malia, aka, The Partying Priest. 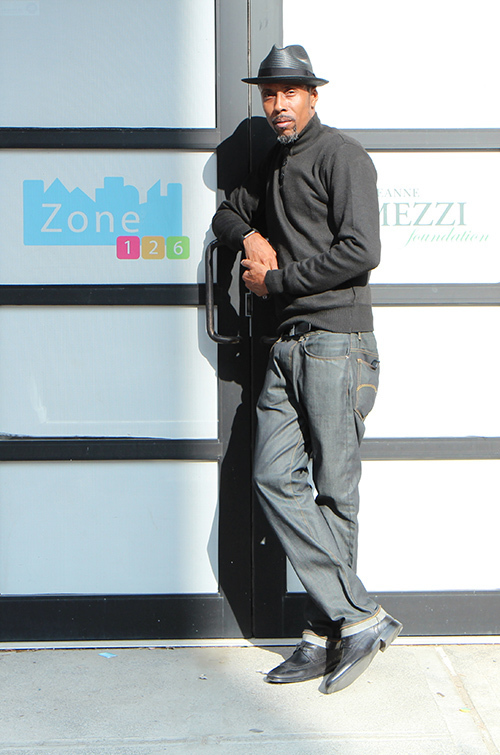 Photo by Nancy A. Ruhling
Zone 126 focuses on education.

God, was that fun! He used to drive a snow-white limo with starry lights on top and commuted in the good father’s black Porsche Cayenne, which he parked outside Astoria Houses.

Five years ago, when that gig ended – the cleric moved the party to Florida permanently — Andre joined Zone 126, working his way up through seven titles.

“You know the saying ‘it takes a village’? Well what happens when there’s something wrong with the village?” he says. “We assess the need, find partners and make sure services are delivered. It would be great with all of the construction and developing in the neighborhood if the companies coming in like Durst and Alma Realty would partner with organizations like the Zone to employ the existing population. This would help raise the village that in turn raises the child.”

Andre spends much of his time out of the office, connecting with people and connecting them with others who can help them. 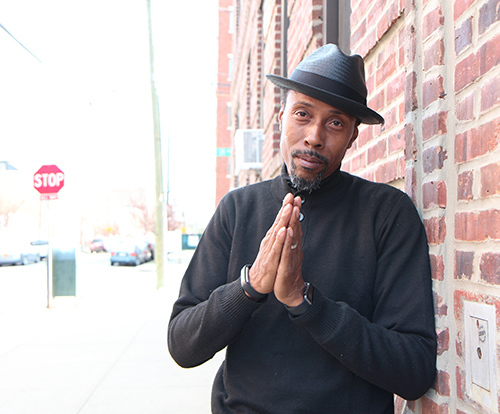 Photo by Nancy A. Ruhling
Andre is starting a career in politics.

“I greet everyone with the same genuine love,” he says. “I see everybody as family at some point, but I also know that family can cause problems.”

And Andre likes to be the one to smooth out the rough spots for the greater good.

“Every child deserves to live life, and every senior has earned the right to sit outside and not hear gunshots and walk into a stairwell that doesn’t smell like urine,” he says. “It’s criminal to sit back and watch it happen.”

Andre’s doing anything but sit: It’s hard to keep his lengthy legs tucked under a desk. 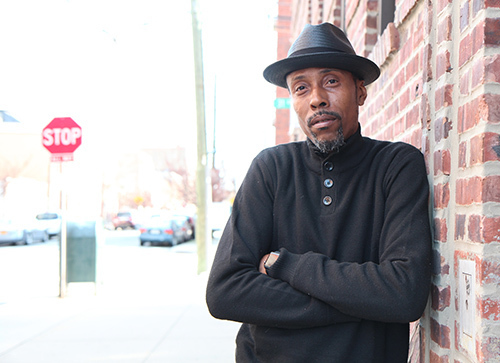 Photo by Nancy A. Ruhling
Andre wants to run for NYC mayor.

He recently became a member of Queens Community Board No. 1.

“I have done some good, but I feel I can do more,” he says. “I look at some of the politicians and say, ‘I’m smarter than that.’ Life is simple, but we make everything difficult. You don’t need a PhD to care for a child, you need a heart.”

He’s eyeing the 2018 mayoral race, and not from a distance.

“When I talk to kids in school, I tell them that life is a one-shot deal,” he says. “There are no do-overs. I move fast. I don’t have time to wait.”