The flute was not Guillermo Laporta’s first choice. 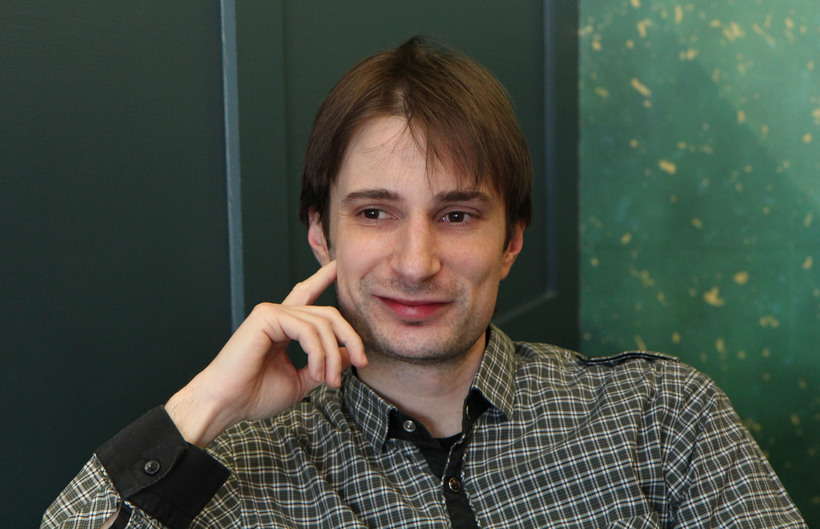 Photo by Nancy A. Ruhling
Guillermo is a flutist.

Guillermo, the co-founder of the multidisciplinary music ensemble CreArtBox, would have preferred playing the piano.

He was 8, and he didn’t have a particular reason for favoring the ebonies and ivories over the woodwind’s shiny keys.

To tell the truth, he wasn’t even particularly interested in classical music, but the small village of Monzón, Spain, where he’s from, happened to be the home of the Conservatorio Profesional de Música “Miguel Fleta” de Monzón. 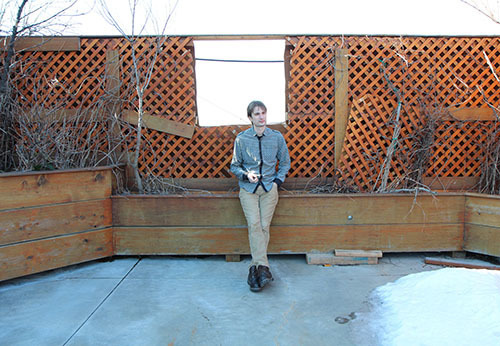 Photo by Nancy A. Ruhling
He’s the co-founder of CreArtBox.

Therefore, his family decided that he should at least take up an instrument, any instrument, if only for a note or two.

As it happened, there already were enough would-be Rachmaninoffs signed up when Guillermo made his preference known.

“There were eight spots,” he says. “I was number nine.”

But the flute was free. 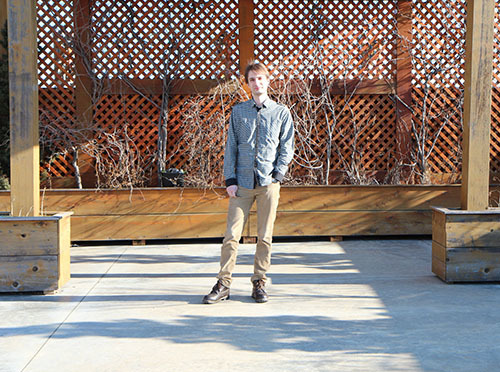 Photo by Nancy A. Ruhling
He has a degree from the Royal College of Music of London.

“It was just a bit of luck,” he says, adding that he had had some experience playing the recorder. “And I was very happy with it.”

At first, it was nothing more than a pleasant pastime, but by the time he was 13, Guillermo was playing in youth orchestras at summer camps.

“The camps opened my mind and convinced me that I wanted to make music my career,” he says. “I met a lot of professional musicians there who showed me what the life was like.”

Guillermo, a tall, willowy man with serious eyes and a wide smile, knew that it would be hard to make a living, yet he was determined to give it a try.

After studying two years at the Higher School of Music of the Basque Country in San Sebastian, Guillermo enrolled in the Royal College of Music of London, where he finished his undergraduate degree and earned a master’s degree in performing arts.

While he freelanced at a flutist with the BBC Concert Orchestra and other entities, he earned a master’s degree in art management from the University of Alcalá in Madrid.

He was talented and, he admits, lucky: He immediately landed a job as co-principal flutist with Spain’s Oviedo Philharmonic. 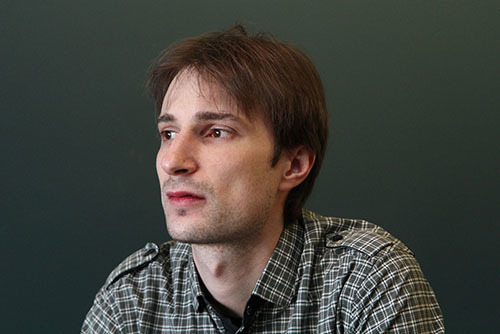 Photo by Nancy A. Ruhling
Guillermo loves collaborating with other musicians and dancers, actors and artists.

But he was not content to be merely a player. He let the flute lead him to wider musical possibilities.

“The flute was my first passion,” he says. “My second passion was collaborating with actors and artists and dancers and expanding my horizons creatively.”

With these types of projects in mind, in 2007, he, along with clarinetist Tagore Gonzalez, founded Cre.Art.

Their productions, which included the opera NOCTUM and LONDON THE SHOW, paired classical and contemporary music and visual art and stage design with cutting-edge technology. 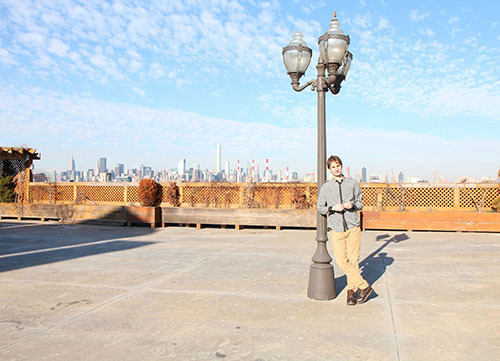 Photo by Nancy A. Ruhling
Guillermo also is working on a solo CD.

“We used Cre.Art as a platform to experiment,” he says. “LONDON THE SHOW, for instance, put together more than 100 artists.”

NOCTUM introduced him to pianist Josefina Urraca, who became his creative partner and last year his wife.

In 2012, when she enrolled at the Manhattan School of Music, Guillermo quit his philharmonic job, and he and his flute moved with her to New York City, a place neither had ever visited.

“Being here gives us access to great talent for our productions,” he says. “I like big cities, and New York City embraces you because everyone here is from somewhere else.”

Through CreArtBox, the American version of Cre.Art, they have produced a number of shows, including 2016’s Visuality at Queens Theatre in the Park.

This year, they’re working on a series of concerts that will be presented at the New York Society for Ethical Culture. The next one is May 18.

As artistic director of CreArtBox, the 30-year-old Guillermo focuses on management. He also works as a projection designer for other companies. 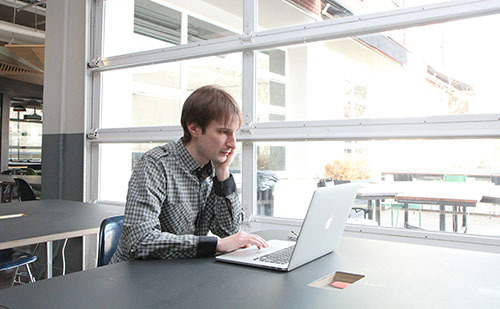 Photo by Nancy A. Ruhling
Working on his next production.

So his fingers spend most of their time tapping computer keys.

“I don’t get much time to play the flute,” he says, “but I still practice it every day because I’m working on a solo recording.”

Yes, there are times when Guillermo misses playing in the surround-sound of the orchestra, but the thrill of putting on his own shows, where dance, art, music and videography share center stage, well there’s nothing that can compare with that.